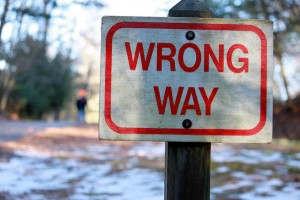 Don’t take my word for it. Check out what others have said about Adam Cancryn’s coverage of the growing number of failures among the health insurance co-ops.

In a piece for the Columbia Journalism Review, Trudy Lieberman wrote “Adam Cancryn’s Nov. 11 article for SNL Financial on America’s incredible shrinking insurance co-ops is the story I’ve been waiting for someone to write: the best account to date of why, and how, the insurance co-op experiment is failing,” Lieberman wrote, adding that it’s “one of the best Obamacare stories I’ve seen since the debate on the law began.”

Or read what Dan Diamond said in his collection of the best health care journalism of 2015: “There was some very good journalism around the collapse of the ACA’s co-operative health plans. But the single best story was written by Adam Cancryn for SNL Financial, as he explained how and why the co-op program began to fail.”

In a new How I Did It article for AHCJ, Cancryn explains the challenges he faced in writing about a complex part of the already complicated Affordable Care Act. It’s well worth your time to read his original 4,800-word story, too, because he outlines all the reasons that so many co-ops failed last year. There’s plenty of blame to go around, he reported. Here’s an excerpt:

“The co-op program was already built to fail, co-op executives, former CMS employees and others close to the process told SNL, thanks to a combination of partisan politics and government mismanagement. What could have been one of the more innovative concepts to emerge from the ACA was fast becoming a taxpayer-backed albatross. The risk corridor payments would at least stave off a complete collapse and quiet the growing belief that the Obama administration that birthed the CO-OP program five years ago was now quietly trying to kill it.”

Cancryn outlines the challenge of explaining why so many co-ops failed when there is not one individual reason, but many. Another, and perhaps bigger, challenge he faced was how to tell this story without causing even SNL’s financially savvy readers to nod off. Clearly, he succeeded.