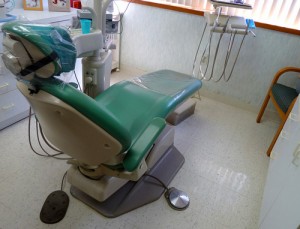 Last July, Brian Cladoosby, leader of the Swinomish Indian Tribal Community in Washington, announced that his Puget Sound-based tribe was preparing to take a controversial step in an effort to address its longtime problems with tooth decay.

“We as Indians have long faced an oral health crisis and the crisis is only growing,” noted Cladoosby. “But there just aren’t enough dentists in Indian Country to address the crisis … That is why we are expanding the Swinomish dental team through the proven solution of training and employing dental health aide therapists.”

Technically-trained DHATs have been in use in Alaska Native clinics for over a decade. But the Swinomish became the first tribe in the lower 48 states to employ a dental therapist to provide basic oral health services, The Associated Press reported in a Jan. 4 story carried by Native Times.

After completing two years of training and serving three- to six-month preceptorships, DHATs offer a range of dental services, including exams, screenings, X-rays, fillings, sealants and simple extractions. They consult with dentists by telephone or computer while providing care.

The needs are great in many of the places where they work. Oral disease is rampant in many tribal communities, which often struggle with poverty and isolation. Almost half of American Indian and Alaska native children ages 6 to 9 suffering from untreated decay, compared with 17 percent of children in the general population, according to federal data.

Many state and national dental groups oppose use of these mid-level providers, contending that only dentists have the education and skills necessary to perform procedures such as drilling and extracting teeth.

In spite of such objections, variations of the dental therapist model have been approved in Minnesota and Maine and are under discussion in a number of other states.

Last August, the agency responsible for overseeing dental education in the United States announced it was moving forward with plans to establish a national accreditation process for dental therapist training programs.

In a move that was greeted with both criticism and praise, the Commission on Dental Accreditation (CODA) voted to begin the accreditation process for programs to train non-dentists to perform certain dental procedures, including drilling and extracting teeth.

The Swinomish have defended the hiring of the DHAT as an act of tribal sovereignty. But they expect legal challenges to their decision, Will Drabold reported in The Seattle Times. They acknowledge they have not only run afoul of dental leaders but also of federal and state licensing restrictions.

“Tribal leaders say their dental care crisis got more complicated when the Indian Healthcare Improvement Act was reauthorized in 2009. It contained a provision, lobbied for by the ADA, that said dental therapists could not work on reservations unless the state legislature of a tribe’s home state authorized it,” Drabold wrote.

In the last two Washington state legislative sessions, Native Americans have pushed bills to allow therapists, he noted. “But not one has succeeded.” Tribal leaders blamed the powerful dental lobby for the repeated defeat of the bills, and were anticipating more opposition. “We expect to get sued by the American Dental Association,” Cladoosby told the Times.

But Cladoosby, who also serves as president of the National Congress of American Indians, said he hopes the Swinomish solution ultimately will spread to the “260 nations in the lower 48.”