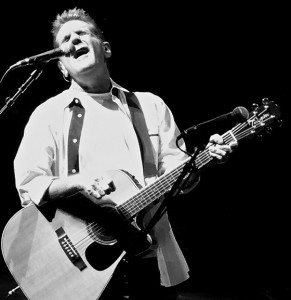 It’s been some month. With so many high-profile deaths reported this January — David Bowie, Eagles co-founder Glenn Frey, Dan Haggerty of Grizzly Adams, the husband and the brother of singer Celine Dion, Mott the Hoople’s Dale Griffin – it’s enough to give you the shivers.

We know about these deaths because they’re high-profile celebrities and rock icons.We don’t generally know about the thousands of other, less-famous people who also died this month from cancer, Alzheimer’s disease, complications from multiple chronic conditions or other causes. With the world paying attention — in part thanks to Bowie’s final gift of “Blackstar” – it’s an opportunity to extend the discussion surrounding palliative care, hospice and how we want to die.

A palliative care physician wrote a moving post-mortem letter to Bowie, thanking him for helping to move this conversation forward with another patient. It’s a tough talk for anyone to have – so tough that the Journal of the American Medical Association devotes nearly its entire Jan. 19 issue to palliative and end-of-life issues.

The publication incorporates a wide range of thought pieces – a daughter with a care plan for her mother’s final days; a young medical student confronted with the struggle between suffering and curing disease; an editorial from Atul Gawande who wonders if medical care for those at the end of life has actually gotten worse. Kudos to the editors for including articles on family perspectives about treatment at end of life — describing the agonizing debate so many of us – regardless of the celebrity status of our loved one — must go through. It’s a struggle that Charles Ornstein, past president of AHCJ, wrote about after his mother’s death.

There’s no doubt it’s difficult for clinicians to discuss end-of-life care, as this article from the Health Journalism 2015 panel discussion on the topic reminds us. Cancer patient and advocate Amy Berman points out that treatment isn’t necessarily the best approach. For a refresher on covering this issue, take a look at my two-part Q&A with Nancy Berlinger from the Hastings Center on what journalists should emphasize and how to approach end-of-life coverage with sensitivity.

While the medical community has done much to extend life span and help people live well into their 80s and 90s, many people will still die before reaching old age. Bowie was 69, Frey, 67. Haggarty, 74. And Dale Griffin, who suffered from early-onset Alzheimer’s, just 58. It’s why experts in end-of-life care stress the importance of having conversations with family and providers before disease strikes, to prepare advance directives, designate health proxies and ensure that the individual is as fully in control as possible about end-of-life decisions.