In the past 15 years writing about the U.S. health care system, I thought I had developed a pretty good sense of how it worked.

Hospitals? I’ve covered them. Same for insurance companies, doctors, nurses, nursing homes, Medicare, prescription drugs, and on and on. 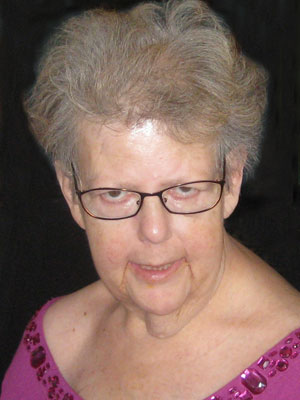 But in January, as my mom lay in a coma at a Michigan hospital, I received an education in what it feels like to be a family member at a time of despair – when doctors aren’t optimistic, a patient isn’t improving and seemingly impossible decisions have to be made. It is an experience I wish on no one, but one that taught me that we can’t forget the patients as we cover the challenges of our health care system.

First, a few words about my mom, Harriet. She was a feisty woman who overcame more than her share of health issues and adversity. She had Parkinson’s disease for the past decade and, in 2010, she suffered a closed head injury when a car backed into her as she walked down a handicapped ramp at a drugstore. She persevered, continuing her rehabilitation and working to lead as normal a life as possible.

I had already learned quite a bit about the health care system from my parents. When my mom turned 65, I helped her navigate Medicare and the vast array of options patients must consider to find the coverage that is right for them. It was complex even for me and I wrote a first-person piece for the Los Angeles Times about how difficult it must be for others who don’t have help.

While I was on a work trip to Los Angeles, my mom went to the hospital complaining about a cough. She was seen in the emergency room and sent home the following morning. She still wasn’t feeling well and wasn’t able to keep food down, so she went back to the hospital later that same day. This time, doctors admitted her to treat her for dehydration.

The following day, a Sunday, I received a phone call at 4:30 a.m. Los Angeles time, telling me she had taken a turn for the worse. While doctors were trying to insert a tube, her heart stopped and she required CPR for nine minutes.

I figured my mom would bounce back.

I flew in that day to be by her side. But as the hours became days with little improvement, the gravity of the situation became clearer. My mom had told my dad that she would only want to be kept alive if she had a real chance of a meaningful recovery. Doctors weren’t optimistic and tests seemed to back them up. But how can anybody really be sure?

We asked for an independent neurological consultation and more tests, what I would want done for me. But the results were the same. We asked a close family friend, who is also a physician, for his advice, but it was the same.

As a health care reporter, I’ve written a lot about end-of-life costs and how much money Medicare spends in the last months and days of life. The implication is that we could save a lot of money if doctors and patients didn’t insist on futile care for a patient who would die anyway.

But as a family member being asked to decide whether to remove my mom from the ventilator, costs were the furthest thing from my mind. I wanted additional tests and consultations. If we had to make such a choice and live with it, it had better be the right one. After all, you don’t have a chance to make this decision twice.

In the end, days of tests and doctors’ observations persuaded us that my mom did not have any chance of recovery. We could have moved her to hospice and had a tracheotomy tube inserted to help her breathe and a feeding tube inserted to give her nourishment, but her chances of waking up were nonexistent. We consulted with a rabbi for spiritual guidance.

So, honoring my mom’s wishes, my family cried terribly as nurses disconnected her from her ventilator. She breathed on her own for several hours and died peacefully on Jan. 18 – my dad, sister and I by her side.

As I left the hospital for the last time, I was struck by the tremendous compassion nurses showed for my mom and for us, treating her so humanely even after she died. I appreciated how her doctors tried to give us space but also were fairly frank about their thoughts on her prognosis.

But what still weighs on me and my family is how my mom could have gone from being admitted for a cough to leaving dead. I still don’t have satisfactory answers to basic questions about what happened in the hours before her heart stopped. I bet there are many other family members who ask similar questions. I intend to pursue them as a son and as a journalist.

The past few weeks have been the most difficult of my life. I hope what I learned about the health care system and the choices patients and their families face every day will make me a better, more compassionate reporter. I will always remember that behind those staggering end-of-life cost statistics, there are real families struggling with real decisions.