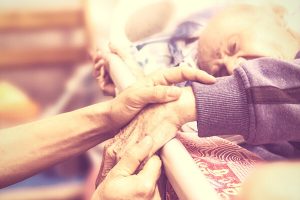 You may have heard about Jeopardy host Alex Trebec’s announcement this year that he had been diagnosed with Stage 4 pancreatic cancer. It’s a devastating disease, with only about a 9% relative five-year survival rate for those at any stage of the disease, and an even more dismal 3% five-year survival rate for those in a late stage like Trebec, according to the American Cancer Society.

While surgery may not be viable for someone in such a late stage of the disease, Trebec, 78, has vowed to fight hard to beat it. CBS News reported that chemotherapy and radiation may still be viable treatments. Symptom management through palliative care will also play a key role for him, as it does for tens of thousands of other cancer patients and millions of people with other debilitating diseases. END_OF_DOCUMENT_TOKEN_TO_BE_REPLACED 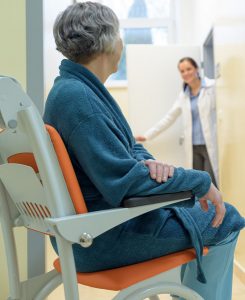 Death is not something most people want to think about, let alone read about in the local newspaper. Reporting on end-of-life issues takes sensitivity, sound editorial judgement, patience and tenacity to develop relationships with patients and families, to share their stories and for them to allow a virtual stranger into their lives during such an intimate time.

Luanne Rife, health reporter at The Roanoke Times, not only wrote extensively about these issues, she gave readers a close-up view of the process through intimate and memorable profiles. END_OF_DOCUMENT_TOKEN_TO_BE_REPLACED 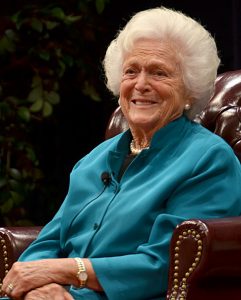 Death may be the price we pay for life. But many physicians still regard death as a kind of failure. For families and patients, decisions about the management of serious illness and death can seem forbidding and difficult.

Even so, timely discussion of options such as palliative care and hospice care can offer deeply meaningful choices to people navigating life-threatening and terminal illnesses, according to experts on “The Increasing Demand for Palliative Care,” panel last week during Health Journalism 2018 in Phoenix.

“The model I am trying to promote … is earlier conversation,” said Robert Shannon, M.D., assistant professor of family medicine and palliative medicine at the Mayo Clinic College of Medicine in Jacksonville, Fla. END_OF_DOCUMENT_TOKEN_TO_BE_REPLACED 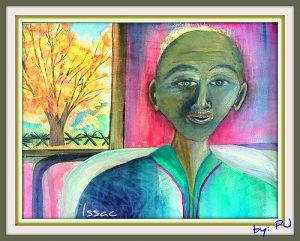 Updated hospice compare data from the Centers for Medicare and Medicaid (CMS) had been slated for release on Nov. 21 but was delayed due to what CMS has described as “technical problems.”

Whether you use previous data or analyze forthcoming statistics, what these federal quality measures do not show is just as important as what they do, according to a new AHCJ tip sheet by journalist Cheryl Clark. END_OF_DOCUMENT_TOKEN_TO_BE_REPLACED 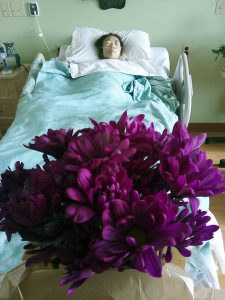 Accountable Care Organizations, which were created by the Affordable Care Act as one way to improve the delivery of health care, may become an important want to reduce the wide variation in end-of-life (EOL) care, two academic researchers suggest in a recent Health Affairs blog post.

As we have pointed out repeatedly, while the political and fiscal battles have been over the coverage provisions in the ACA, much of the law also contains incentives and programs to improve both care quality and efficiency. And there are ample opportunities to do so toward the end of life, including in hospice. END_OF_DOCUMENT_TOKEN_TO_BE_REPLACED

Until the 1920s, most Americans died relatively quickly and at home, surrounded by things and people – including their minister, priest or rabbi – they knew and who knew them. And, because they died where they lived, and among those who cared for them, the fear, pain, relief and release that death brought was common knowledge.

Today, however, death and the dying process are a mystery to most Americans. Only rarely, and usually in a crisis situation, do we get a peek behind the curtain at the anger, fear, pain, guilt, yearning, etc., that dying people experience, whether they are being cared for in a health care facility or at home. END_OF_DOCUMENT_TOKEN_TO_BE_REPLACED