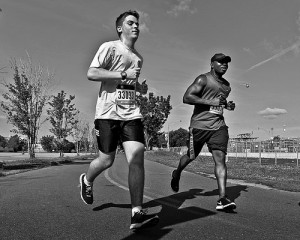 First there was the “dubious milestone,” as The New York Times called it, of black women for the first time facing an equal rate of breast cancer as white women. Then last week, a headline on the sharp uptick in the death rate among middle-class, white Americans, a finding startling enough to merit front-page treatment in The Washington Post.

It’s no secret that there are racial disparities in cancer rates, longevity and other areas, so why the recent headlines?

Many studies have found racial disparities in both the types of breast cancer diagnosed as well as the treatment women receive. The American Cancer Society last month publicized a report which analyzed data from the National Cancer Institute and found a startling uptick in rates among black women that could not be fully explained by increased detection, Tara Parker-Pope of the Times reported.

Roswell Park Cancer Institute oncologist Kirsten Moysich told Parker-Pope: “To me the bottom line of these statistics is the evidence that the health disparity between African-American and white women in the U.S. is still going strong,” adding that the trend is “even more pronounced than previously reported.”

The ACS findings also prompted a response from Lori Wilson, a surgical oncologist at Howard University Hospital who is African American and was diagnosed with breast cancer in 2013. “Breast cancer is different for African-American women,” Wilson wrote in a letter to the Times following its report, adding her call for increased federal funding to research racial disparities seen with cancer.

Separately, the Post reported on two other related trends. First, it looked at Princeton University research pointing to worsening health among less educated middle-aged whites. Days later, it examined other Centers for Disease Control findings that showed blacks are living longer compares to whites in the United States, closing the gap from a nearly 6-year shorter life span in 1999 to a 3.6 years in 2013. While improvements in HIV and heart disease among blacks helped improve death rates, issues surrounding aortic aneurysm, Alzheimer’s disease and “maternal conditions” left the gap open, the Post’s Lenny Berstein reported.

As evidence piles up on health disparities in cancer, other diseases and overall health, reporters can comb through the overall findings to explore what is behind the trends, what’s working or not and what’s next. The ACS report also looks at other race groups as well as insurance and education attainment.