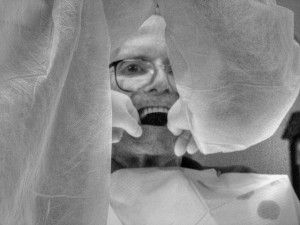 Back in May, reporters in Florida stayed busy covering the nightmarish story of a Jacksonville dentist under investigation for Medicaid fraud by the state attorney general’s office.

Howard S. Schneider, who made nearly $4 million from Medicaid over five years, according to state records, gave up his license in the wake of allegations that he had overtreated and abused children.

Now the Florida attorney general has focused upon the practice of two more dentists; a married couple named Marino Vigna and Beth Reinstein. Investigators say they suspect the two of billing Medicaid for dentures and extractions that frail and elderly patients may not have needed – or even received.

“One alleged patient, now 99, has dementia, cannot communicate, has long been restricted to a liquid diet because of difficulty chewing and swallowing would have no need for false teeth,” Tonya Alanez reported in a story for the Fort Lauderdale-based Sun Sentinel, citing a warrant issued in the case.

Medicaid also paid a $1,198 claim for a 100-year-old resident living at a Fort Lauderdale nursing home after Vigna billed the program for upper and lower dentures and the extraction of 11 teeth, Alanez reported.

“When investigators visited the woman, she could not communicate, but her son who was there to feed her said his mother had never had teeth extracted by Vigna and the only dentures she ever owned were obtained 12 years ago in another state,” Alanez wrote, citing the warrant.

Many other patients claimed by the dentists were either dead or unable to be interviewed due to physical and/or psychological disabilities, according to the investigation.

In addition, Medicaid was billed for care allegedly given to 33 patients in 2012, on dates when the dentists were actually vacationing in Europe and the Bahamas, investigators said.

A lawyer for the dentists told Alanez they were cooperating with the investigation and he was confident they would be exonerated.

“We truly believe that once they evaluate all the evidence there will be no charges filed,” attorney Louis Martinez said.

Many of the Medicaid fraud cases that have grabbed headlines, such as the Schneider case, and a long-running Texas Medicaid scandal, have centered upon claims involving children.

States are required to provide dental benefits to children covered by Medicaid and the Children’s Health Insurance Program (CHIP), so potential billing abuse provides a fertile area for reporting.

On the other hand, states can choose whether to provide adult dental benefits under Medicaid, and in many states services are extremely limited or lacking entirely. Denture coverage varies as well, with some states capping or limiting denture-related services and others declining to cover dentures at all. In Florida, Medicaid covers dentures, as well as services related to the relief of dental pain and infection.

To learn more about denture coverage under Medicaid, check with your state. Adult dental services under Medicaid are subject to change year-to-year. Because these benefits are considered optional, they often are among the first items on budgetary chopping blocks.

Is there a story about Medicaid denture coverage in your state?