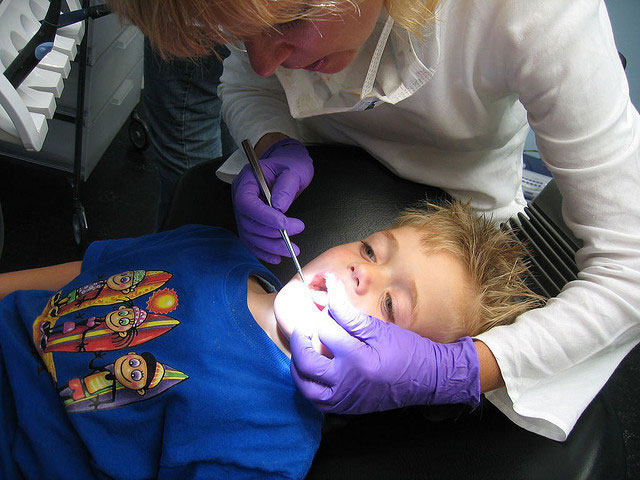 An estimated 8 percent of Medicaid dental providers in California submitted questionable bills to the program during one recent year, a recent federal report concluded.

Half of the dentists whose bills raised concerns worked for dental clinic chains.

The findings are the latest in an unfolding examination of Medicaid dental billing practices led by the U.S. Department of Health and Human Services’ Office of the Inspector General (OIG).

Concerns about practitioners who perform unnecessary procedures or otherwise game the Medicaid system are fueling the investigation. Years of high-profile news reports and Congressional scrutiny have heightened concerns about abuses, particularly among providers working for corporate-owned clinics that often treat large numbers of poor Medicaid children.

“A concentration of providers with questionable billing in chains raises concerns that these chains may be encouraging their providers to perform unnecessary procedures to increase profits,” said the OIG’s report, noting that a majority of them worked for five chains, two of which have under state or federal investigation.

The names of the providers and chains were not included in the report. But one of the dentists “billed for more than 1,000 services a day for almost 100 days in 2012,” wrote Alicia Chang, in a story for the Associated Press. “Another provided 33 procedures — including multiple stainless steel crowns and baby root canals — to a 4-year-old during a visit. Another received an extremely high payment per child — $699 compared with a statewide average payment of $166 per child.”

As Chang noted, investigators only analyzed claims data and did not review medical charts so the report did not conclude whether the billing was actually fraudulent or the services were unnecessary. But the billing patterns merit a closer look, auditors said.

The inspectors have already looked at Medicaid dentists in New York, Louisiana and Indiana.

In New York, investigators identified 29 providers who submitted questionable bills, and in Louisiana, 26 general dentists and one oral surgeon attracted similar attention. In both states, one third of the highlighted providers were working for chains, the OIG found.

In Indiana, the billing practices of 94 dentists and one oral surgeon raised questions; two-thirds of them worked for chains, the OIG concluded.

The action was taken as part of the settlement of a case against the chain, whose providers were alleged to have performed substandard and unnecessary dental procedures upon Medicaid children.

Extensive reporting by Roberta Baskin, who was then an ABC News reporter, launched in 2007, a 2012 NBC News investigation and the 2012 PBS–Center for Public Integrity package, “Dollars and Dentists,” all focused upon troubles at Small Smiles. Other corporate dental chains have also attracted scrutiny.

In 2013, U.S. senators Chuck Grassley, an Iowa Republican, and Max Baucus, a Montana Democrat who has since left the Senate, issued a Joint Staff Report on the Corporate Practice of Dentistry in the Medicaid Program. The report concluded that while many of the clinics they investigated technically met state rules requiring owners to be dentists, they were controlled by corporate investors who place “profits above patient care.”

“Any company that subjected children to painful unnecessary dental procedures at taxpayer expense has no place in the Medicaid program,” Baucus said.

Is there a story to tell in your state or community?