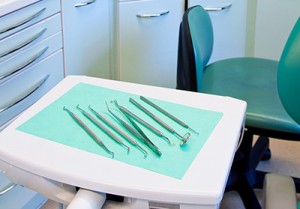 The tip about troubles in Texas’ Medicaid dental system was part of a routine conversation. But it was enough to make reporter Byron Harris start digging.

He and his colleagues at WFAA-Dallas spent nine months scrutinizing data, wearing out shoe leather, following up on leads and trying to get people to talk.

In  2011, the “Crooked Teeth” stories raised profoundly troubling questions about oversight of the Medicaid dental program in Texas; the millions upon millions spent on orthodontic services for beneficiaries; the suspect billing practices of many providers. The 11-part investigative series uncovered one of the largest Medicaid scandals in the history of Texas. Government audits, reform efforts and lawsuits followed in its wake.

Harris continues reporting on the issue. He recently filed another story after federal officials concluded that the state owes $133 million for unnecessary dental work. “Texas paid $191,410,707 for unallowable orthodontic services from 2008 through 2010, according to a federal investigation,” Harris told viewers on June 3. “And officials say the federal government now wants a large portion of that money back.”

In this “How I Did It” article, Harris takes us back to the very beginning of “Crooked Teeth.” He explains how the project began, and how it unfolded. He also shares some wisdom on how to use data to follow up on a tip.