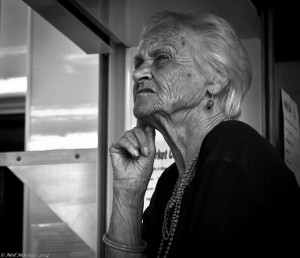 World experts in aging for the first time are recommending that everyone age 70 and older have routine brain health screenings.

At a recent conference of the International Association of Gerontology and Geriatrics, in St. Louis, a consensus panel examined the importance of early recognition of impaired cognitive health. They concluded that annual memory and reasoning ability evaluation by a physician or health provider is an important step toward enhancing brain health for aging populations throughout the world.

In addition, the panel suggested that patients found to have cognitive problems also be screened for physical frailty, and vice versa. The findings appear in the September issue of the Journal of Post-Acute and Long Term Care Medicine (JAMDA). Other research, such as the study in The Lancet, suggest 30 percent of those older than 70 have memory problems, ranging from mild cognitive impairment to Alzheimer’s disease and other dementias.

“This is an important step in toward enhancing brain health for aging populations throughout the world,” John Morley, M.D., director of geriatric medicine at Saint Louis University and lead author of the consensus paper, said in a statement. “The ability to learn, solve problems and remember is a key to successful health and aging.”

Members of the consensus panel included geriatricians, neurologists, psychiatrists, social workers and psychologists who specialize in caring for older adults. Their recommendations differ from those of the U.S. Preventive Services Task Force, which had previously concluded that there wasn’t enough evidence to determine whether the benefits of screening outweighed potential harms.

Morely, a geriatrician, noted that some causes of early cognitive disorder, can be reversed and treated when caught early. These include depression, hypothyroidism, sleep apnea, problems with sight and hearing, and treatments of multiple health conditions with medications.

The progression of cognitive impairment sometimes can be slowed through a series of lifestyle changes, the panel said. They endorsed changes suggested in FINGER, a Finnish geriatric study that found those who ate a healthy diet, exercised, trained their memories and managed cardio-vascular risks were less likely to develop cognitive decline and memory problems than older adults who did not.

“There are things you can do to slow down the progression of not thinking well,” Morley said.

The panel recommended a Mediterranean-type diet – packed with fruits and vegetables, fish twice a week, olive oil, nuts, legumes and whole grains – for patients who have early cognitive problems. As previously reported, since population-based studies show brain health as well as physical well-being is connected to exercise, they encouraged physical exercise that can include resistance training and Tai Chi.

The panelists also noted that population-based studies show that those who dance, engage in intellectual activity and play a musical instrument have less mental decline than those who do not pursue these hobbies. Video games can improve reasoning, memory, reaction time and attention in older adults, too.

Physicians need to know whether their patients are not remembering or thinking clearly because they might not be able to follow doctors’ orders for medical problems, such as diabetes or heart disease.

“If you have diabetes and are not thinking as well as the general population, you might forget how to do the required daily finger prick to determine your blood sugar levels, which would compromise your health,” Morley said. “However, if your doctor knows you have difficulty remembering, someone in his or her office can make sure you understand exactly how to check your glucose levels and give you written instructions as a ready reference. It’s a simple common sense thing that can make a huge difference in your health.”

Advance knowledge of brain health issues can also help patients and families plan for cognitive decline, according to Morley. They can begin considering tough questions, such as when to stop driving or remove dangerous tools from their homes, and set up advanced directives for health, financial and legal matters.

Morley predicted that the panel’s recommendations will reshape clinical practice in a big way. “Physicians are hungry for this information to help their patients, and as the message gets out, patients will request screenings.”