A new report from the Institute of Medicine identifies the three key actions people can take to help maintain optimal cognitive function as they age. Physical activity, reducing and managing cardiovascular disease risk, and regularly reviewing medications and their side effects with their clinicians top the list of recommendations to maintain cognitive health. 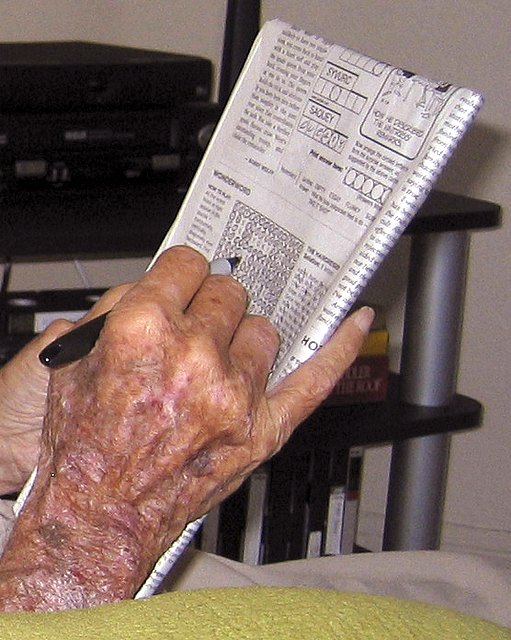 “Changes in mental functions and capabilities are a part of aging and occur with everyone,” committee chair Dan G. Blazer, M.D. Ph.D., the J.P. Gibbons professor of psychiatry emeritus at Duke University Medical Center in Durham, N.C., said in a statement. “The extent and nature of these changes vary widely and are gradual, and aging can have both positive and negative effects on cognition. Wisdom and knowledge can increase with age, while memory and attention can decline.”

The study focused on the public health dimensions of cognitive aging as separate from neurodegenerative diseases, such as Alzheimer’s disease and other dementias. It described decline in cognition is a public health issue that goes beyond memory lapses and one that can have significant impacts on independent living and healthy aging.

“Cognitive decline affects not only the individual, but also his or her family and community, and an array of health, public health, social, and other services may be required to provide necessary assistance and support. Lost independence may stem from impaired decision making, which can reduce an individual’s ability to drive or increase the individual’s vulnerability to financial abuse or exploitation,” the report committee’s authors said.

Although it is often equated with memory, cognition actually involves several interrelated abilities that depend on brain anatomy and physiology. Distinguishing among these component abilities is important because each plays a unique role in information processing and behavior and are differently affected by aging. The brain ages just like other body parts and the type and rate of change varies widely among individuals.

Cognitive decline affects ability to perform daily tasks – such as driving, cooking, bill paying and medication management. As this tip sheet points out, medication management is particularly important since many older adults are juggling multiple conditions, requiring multiple prescriptions and over-the-counter drugs. Many drugs can negatively affect cognition – either temporarily or long term – when used alone or in combination with other medication.

Communities, nonprofit organizations, and businesses can play a significant role in developing partnerships and programs to help aging individuals take charge of their cognitive health, according to the report. Additionally, health care professionals need to be prepared to provide guidance to older adults and their families as the patient population ages.

Older adults can take other steps that may promote cognitive health:

The report described the considerable interest over the past several years in whether cognitive stimulation — either through formal training or everyday activities, such as completing crossword puzzles, participating in a book club, playing card games, or learning to play a musical instrument — can assist in the maintenance or even enhancement of cognitive function. Experts noted that the scientific literature on cognitive stimulation and cognitive training has shown that older adults can improve on trained abilities, albeit often at a slower pace than younger adults, and that improvements on the tasks can be maintained over time.

However, they said, studies examining whether cognitive stimulation and training could transfer to real-world activities and tasks have had mixed results. For example, can a computer-based memory training program help people better remember their shopping list, medical and other appointments, and the names and faces of new acquaintances? Claims regarding the effectiveness of cognitive aging related products require careful evaluation by consumers and in regulatory review, the committee said.

Additionally, despite widespread publicity about the benefits of vitamins and supplements for brain health and the large expenditures made on these products for a wide variety of reasons, evidence for supplements enhancing cognition or preventing decline is limited, and the medical literature does not convincingly support any vitamin supplement intervention to prevent cognitive decline, the committee said.

The report emphasized that cognitive aging has significant impacts and widespread consequences on society, including financial losses. Older adults lose an estimated $2.9 billion a year, directly and indirectly, to financial fraud. To provide necessary assistance and support to older adults, the committee called for the development of cognitive aging information resources and tools that can help individuals and families.

Programs and services used by older adults, including those in financial institutions and departments of motor vehicles, should be improved to help them avoid exploitation, optimize independence, and make sound decisions. The report called for financial services industries and relevant state and federal agencies to implement systems approaches, training, and laws and regulations to help verify that financial transactions are not fraudulent or the result of diminished decision-making capacity or undue influence.

“We are only really beginning to understand how the brain changes with age,” said Victor Dzau, president of the Institute of Medicine. “As the population of older Americans grows, so will the effects of cognitive aging on society. By calling attention to this issue, we can learn more about the risk and protective factors and needed research so older adults can better maintain their cognitive health to the fullest extent possible.”