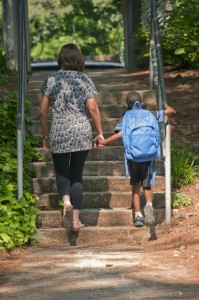 “Racism’s Psychological Toll,” written for The New York Times Magazine, highlights the emotional distress that victims of racially motivated aggression can feel and raises questions about the possible link to post-traumatic stress disorder, or PTSD.

The Q&A piece, along with several others, was part of the magazine’s look at racial violence in the wake of the June 17 shooting at a historically black church in Charleston, S.C., that left nine people dead. After the shooting, a website linked to the white gunman charged in the shooting surfaced with a racial manifesto and photos of him with a Confederate flag.

Wortham, who is black, noted the anxiety her friends faced and the deluge of coping strategies and resources that have cropped up to help those experiencing stress following a string of racially charged incidents dominating news headlines and blanketing social media networks.

She turned to Monnica Williams, director of the University of Louisville’s Center for Mental Health Disparities in Kentucky who studies race-based traumatic stress injury and has called for racism to be officially defined as one cause of PTSD.

“The two look very much alike,” said Williams, who is a clinical psychologist and a professor at the university. She added that, while it is largely an unrecognized disorder, it can be assessed and treated.

The interview raised interesting questions for health journalists to pursue:

A separate piece in The New York Times, by Pomona College English professor Claudia Rankine also examines the emotional toll facing African-American families. In her article, “The Condition of Black Life is One of Mourning,” Rankine examines the weight of “this other knowledge of the ways in which institutional racism works in our country.”

He piece addressed the psychological impact of racism not just on direct victims but also on their families.

“Though the white liberal imagination likes to feel temporarily bad about black suffering, there really is no mode of empathy that can replicate the daily strain of knowing that as a black person you can be killed for simply being black: no hands in your pockets, no playing music, no sudden movements, no driving your car, no walking at night, no walking in the day, no turning onto this street, no entering this building, no standing your ground, no standing here, no standing there, no talking back, no playing with toy guns, no living while black.”