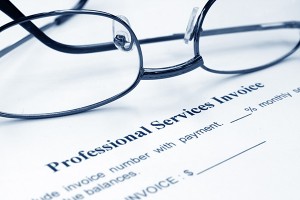 We’ve all read about patients who were careful to choose an in-network doctor or hospital but still ended up with some care provided out of network – and unanticipated bills.

One of the most memorable accounts was in Elisabeth Rosenthal’s “Paying Till It Hurts” New York Times series, when she recounted the story of the patient who – unbeknownst to him – had an out-of-network assistant surgeon alongside his carefully selected in-network surgeon. The assistant submitted a $117,000 bill.

It’s not always that dramatic; I’m a pretty savvy health care consumer yet a member of my own family recently saw an in-network physician, had a test – and got a bill from an out-of-network pathologist at the lab.

Patients are fed up, and a few states are beginning to look at solutions.

The Wall Street Journal’s Stephanie Armour (story here), and Politico’s Paul Demko (subscription required) recently wrote about state action to curb or address the practice. Bob Herman of Modern Healthcare also wrote about hospital “sticker” prices and how they can be the basis for these surprise bills This month, the Georgetown University’s Health Policy Institute released a Robert Wood Johnson Foundation-funded report about reform efforts in seven states.

This is a great topic to write about: nationally to track trends, or locally to see who is pushing solutions and which provider groups are blocking them.

Protecting one patient from balance billing means some doctor or hospital is going to have to give up that cash. (Or an insurer could have to pay it).

That’s always a recipe for a good story with consumer and policy angles.