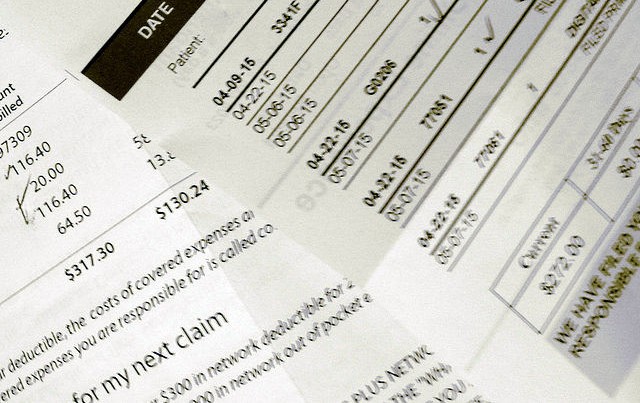 Amy Trent, a health care reporter for the News & Advance in Lynchburg, Va., found an ideal source for an article about surprise medical bills. She wrote about Leighton Dodd, the 83-year-old former mayor of this city of 75,000 in the foothills of the Blue Ridge Mountains.

Dodd, a cancer patient, in 2014 had seen the monthly cost of his chemotherapy treatment go from $5,800 in September to $16,124 in October. The reason: Centra Health made Dodd’s physician group an outpatient department.

While everything else about Dodd’s care was unchanged, the new owners of his oncology practice raised the cost of Dodd’s care by 278 percent. Dodd’s bill jumped sharply because of what are called site of service differential payments, which we covered last month in a tip sheet and last year in a blog post. The federal Centers for Medicare & Medicaid Services wants to eliminate these differential payments.

Not only do differential payments drive up costs, but they are one way that consumers get medical bills they did not expect. Another way is when a patient gets treatment at an in-network hospital and one or more of the providers involved in the patient’s care is out of network, as Olga Khazan reported in The Atlantic. When that happens, providers bill patients for the difference in what is called balance billing.

In her article, Khazan quoted Stacy Pogue, coauthor of a report from the Center for Public Policy Priorities in Texas. Describing balance billing, Pogue said, “Imagine going out to eat and receiving separate bills from the restaurant, host, waiter, cook, and busboy, some of whom were willing to negotiate discounts or accept coupons, while others were not.”

The Center for Health Insurance Reforms at Georgetown University’s Health Policy Institute this month issued a report on balance billing. It explains what consumers can do to protect themselves and what officials are doing in seven states (California, Colorado, Florida, Maryland, New Mexico, New York and Texas) to protect consumers.

The CHIR report says that in these states, officials can ban balance billing, improve transparency in plan benefits about which doctors and hospitals are included in networks, provide a way to set fair payment rates for out-of-network providers, and require insurers to cover the difference between the amount a consumer is charged and what the insurance company agreed to pay.

This spring, a survey by Consumer Reports National Research Center showed that more than a third of 2,000 Americans who responded to the survey got a bill after their health insurance company paid less than they expected. In a report on the survey, CR said loopholes in health insurance policies have blindsided consumers with medical expenses they can’t avoid.