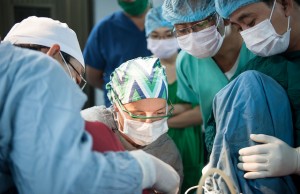 The nation’s largest health insurer will require physicians and hospitals to request prior approval before doing most hysterectomies, a move that may indicate a trend toward more pre-authorization for tests and procedures.

In a statement posted on its website, UnitedHealthcare cited evidence from the American Congress of Obstetricians and Gynecologists (ACOG) that shows better patient outcomes and fewer complications from vaginal hysterectomies than with laparoscopic or abdominal hysterectomies. The requirement for prior approval will be effective April 6. Patients undergoing outpatient vaginal hysterectomies do not need prior authorization, UHC said.

Requiring pre-authorization reflects concerns over patient safety regarding the use of power morcellators for vaginal hysterectomies, The Wall Street Journal reported. In the journal, Jennifer Levitz and Jon Kamp reported that prior authorization is becoming more popular among health insurers as a way to control the use of new technology and to cut costs. In the 1990s, insurers used pre-approval widely but doctors and patients complained about the time and hassle of calling and waiting for an insurer’s okay. Approvals can take days or weeks if the insurer requests more information to rule on medical necessity.

Last year, Anthem began requiring pre-approval for hysterectomies, but Cigna and Aetna do not, Levitz and Kamp reported.

Seeking to cut costs, the federal Centers for Medicare & Medicaid Services required prior authorization in December for repeated, scheduled and non-emergency ambulance use in New Jersey, Pennsylvania and South Carolina.

In Minnesota, physicians are supporting a bill in the state legislature to make it easier to prescribe medications without prior approval. Jeremy Olson reported in the Minneapolis Star Tribune that the Minnesota Medical Association was concerned that pre-approval caused many patients to be denied medications or preferred brands for no discernible reason.

An increase in pre-approval rules could be a step insurers take to control costs now that they have limits under the medical loss ratio rules on how much they can spend on services unrelated to medical care. (We’ve covered the medical loss ratio rules here and here.) Whatever the reason, any increase in prior authorization requirements is likely to make patients and physicians complain about the inherent hassles and delays as they did in the 1990s.

Commenting on UnitedHealthcare’s new rule regarding hysterectomies, ACOG said, “These decisions are best made between a physician and a patient, not a third party administrative decision-maker.” While vaginal hysterectomy produces the best outcomes for patients, physicians consider many factors when deciding the best course of treatment for each patient, ACOG said.

In their article, Levitz and Kamp quoted gynecologist Mike Norgard, who said the new rule may cause him to do more vaginal surgeries. “I don’t really want them telling me what type of hysterectomy I should be doing,” he added.

While patients and physicians may complain, insurers view pre-approval as a way to ensure that patients get appropriate care. The requirement for prior authorization for most hysterectomies is a good example in part because health policy experts are concerned that many of the approximately 500,000 hysterectomies performed annually in the United States may be unneeded.

In December, researchers at the University of Michigan published the results of a study showing that 20 percent of hysterectomies are avoidable. The article, “Use of Other Treatments before Hysterectomy for Benign Conditions in a Statewide Hospital Collaborative,” was published online Dec. 23 in the American Journal of Obstetrics & Gynecology.

“This study provides evidence that alternatives to hysterectomy are underutilized in women undergoing hysterectomy for abnormal uterine bleeding, uterine fibroids, endometriosis or pelvic pain,” senior author Daniel Morgan, M.D., said in a press release. Morgan is an associate professor in the Department of Obstetrics and Gynecology at the University of Michigan.

In addition to the appropriateness issue, UnitedHealthcare is likely concerned about the use of morcellators during laparoscopic hysterectomies when physicians want to remove benign fibroids. Such fibroids are difficult to distinguish from cancerous uterine sarcoma, Levitz and Kamp reported. “Morcellators, which typically use a fast-spinning blade, can spread the malignancy and worsen the outcome, the U.S. Food and Drug Administration has said,” they wrote.

Last year, the FDA issued a warning in April and revised the warning in November, saying morcellation was contraindicated for most women undergoing hysterectomy for treatment of fibroids.

In December, Kamp and Thomas Burton reported that the FDA’s warning was unusual because the agency had no concerns about laparoscopic power morcellators despite reports of women suffering adverse outcomes after physicians used morcellators during surgery.