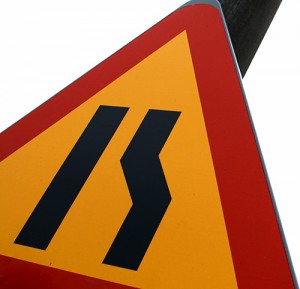 “Insurers have been able to attract big market shares by lowering their premiums through narrow networks,” Levitt said. Although a Kaiser Health Tracking Poll found that 51 percent of respondents would opt for a larger network with a higher monthly premium, Levitt noted that in other polls, uninsured individuals said they would prefer a lower premium plan with narrow network.

While health plans have trimmed their networks, there is little evidence that the plans available are legally inadequate, Levitt said. The ACA provides little guidance on the issue. However, for 2015 and 2016, the U.S. Department of Health and Human Services will apply a “reasonable access” standard and will investigate insurers suspected of not meeting this standard.

Imholz emphasized a need for greater transparency. “We need to be able to signal to consumers whether they are getting a broad network, a narrow network, or an ultranarrow network,” she said. “That’s another evolving policy we need to work on more intensely.”

“At Covered California, we have a responsibility to offer consumers reasonable choice, and we work with our contracted health plans to provide as much transparency as we can,” Price said. “We want our consumers to make educated plan choices.”

Price emphasized that Covered California is working to expand coverage in areas of Placer, Monterey, Santa Cruz and San Benito counties where consumers only have access to one or two carriers.

“Consumers are desperate for guidance,” Bazar said. Of the more than 2,100 e-mails she has received to date from frustrated consumers, most concern narrow networks. Bazar often hears from consumers that inadvertently receive treatment from an out-of-network provider while visiting an in-network hospital. The expensive mistake not only affects the consumer’s wallet, but also the out-of-pocket maximum.

The Affordable Care Act’s implementation came with a host of “growing pains.” Time and experience, the panelists agreed, could balance out the hiccups. That said, the health care industry and related agencies – as well as reporters – should keep a close eye on the adequacy of provider networks, transparency of the directories and premium cost.