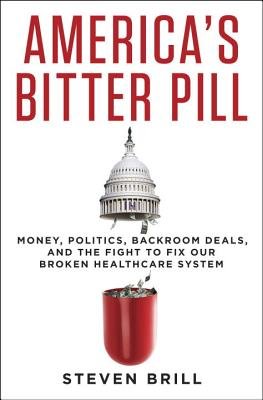 I’m sure a lot of you have Steven Brill’s “America’s Bitter Pill” on your bedside table by now – I’m not going to try to recap it here.

But I did want to share a few links to some of the more thoughtful (or provocative) articles and reviews, representing critics on both the left and right. I also wanted to draw your attention to another recent book providing a conservative perspective on health reform.

The second book (and I should say that while I have a copy, I loaned it to a colleague before I read it myself…) is by the Washington Examiner‘s commentary editor,  Philip Klein, who looks at the options and thoughts on the right in “Overcoming Obamacare: Three Approaches to Reversing The Government Takeover of Health Care.” It hasn’t been as widely reviewed as Brill’s book but Aaron Carroll gives it an interesting write-up in the Incidental Economist blog.