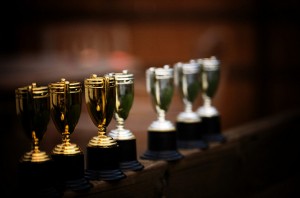 Loren Bonner is now a reporter for the publications of the American Pharmacists Association, including Pharmacy Today and pharmacist.com. Her last position was with DOTmed News as online editor.

Pamela Brewer (@MyNDTALK) has launched a website about her daily podcast on health and relationships.

Katy Butler‘s award-winning 2013 examination of American end-of-life health care, “Knocking on Heaven’s Door: The Path to a Better Way of Death,” was named a finalist for the Dayton Literary Peace Prize for nonfiction.

Joe Carlson (@_JoeCarlson) is covering medical technology, including Medtronic and medtech devicemakers, for the Minneapolis Star Tribune. Carlson was previously with Modern Healthcare.

Phil Cauthon is director of communications for the Sunflower Foundation.

The second edition of “The Recovery Book,” by Al J. Mooney, III, M.D., Howard Eisenberg and Catherine Dold, has been released. It is about what to expect when in recovery from addiction to drugs or alcohol.

The updated 2014 edition of Nancy B. Finn’s book, “e-Patients Live Longer, The Complete Guide to Managing Health Care Using Technology,” includes a simple update on the meaningful use statute and a comprehensive chapter that helps patients understand the Affordable Care Act.

Stephanie M. Lee was named a finalist in journalism in the 2014 PEN Center USA Literary Awards for a long-form piece about surrogacy in India.

Kimberly Leonard (@leonardkl), previously a producer for health rankings at U.S. News & World Report, has been promoted to the news desk as health care reporter.

Liz Seegert, a freelance journalist and AHCJ’s topic leader on aging, has been selected as a Journalist in Aging Fellow by the Gerontological Society of America and New America Media. She will attend the annual GSA Meeting in November and will work on a multi-part radio series on ethnic and cultural responses to aging and caregiving.

Eric Whitney is news director at Montana Public Radio, based in Missoula. He was a Colorado-based independent journalist doing work for NPR, Kaiser Health News and other outlets.

Are you an AHCJ member with news about your career, such as a new job, fellowship or award? Send details and links to membership@healthjournalism.org for inclusion in the next member news post.