Measured by rates of violent death, the most dangerous counties in the United States have rates that are more than 10 times higher than the safest counties.

As you can see in the map below, rates vary from less than 10 to more than 100 violent deaths per 100,000 population, based on homicides, police shootings, and suicides in the years 2004 through 2010. (Counties with rates based on 20 or fewer deaths are unreliable and are marked as suppressed.) 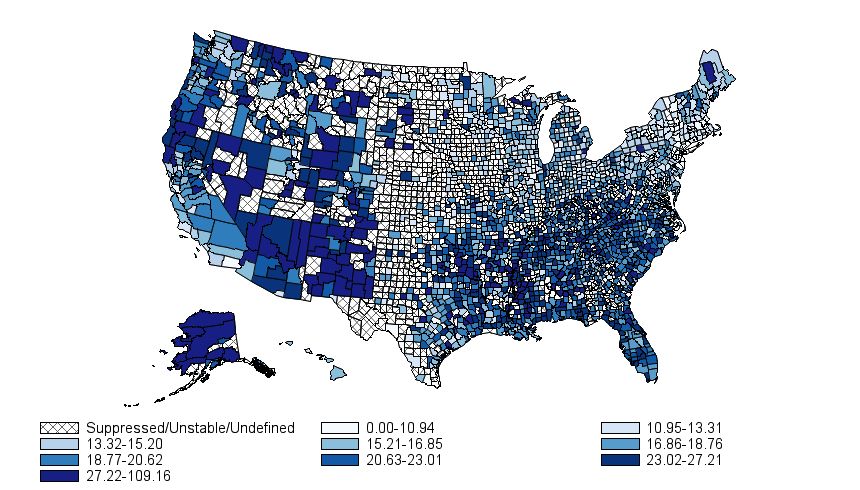 I generated this map and the others below using WISQARS (Web-based Injury Statistics Query and Reporting System), an interactive database system that provides customized reports of injury-related data collected by the Centers for Disease Control and Prevention. The mapping module draws on seven years of data, the amount needed to produce reliable county-level injury-related death rates, according to the CDC, and it is a powerful tool to explore health disparities.

For instance, you can zoom in to a region, such as the northeast, to see differences at a finer scale. Note how many counties in rural Maine, New Hampshire, Vermont and Pennsylvania have rates of violent death that are higher than the New York metropolitan area: 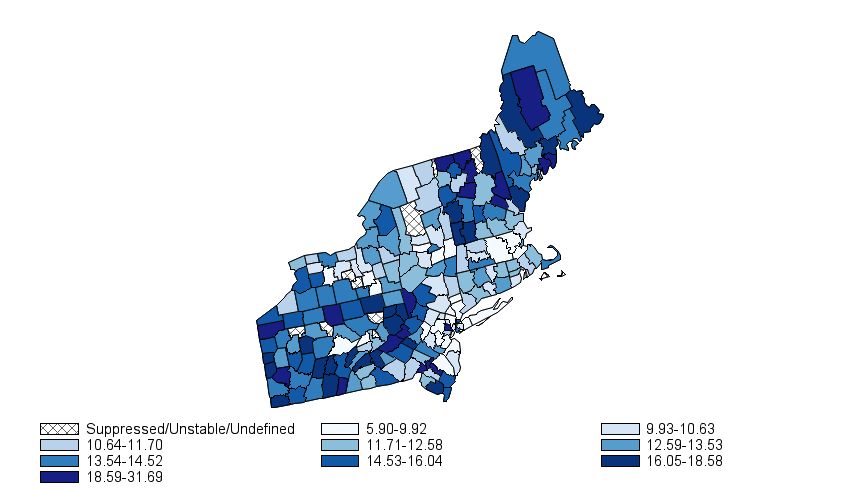 Suicide accounts for the difference. Here’s the northeast map showing only rates of death by suicide: 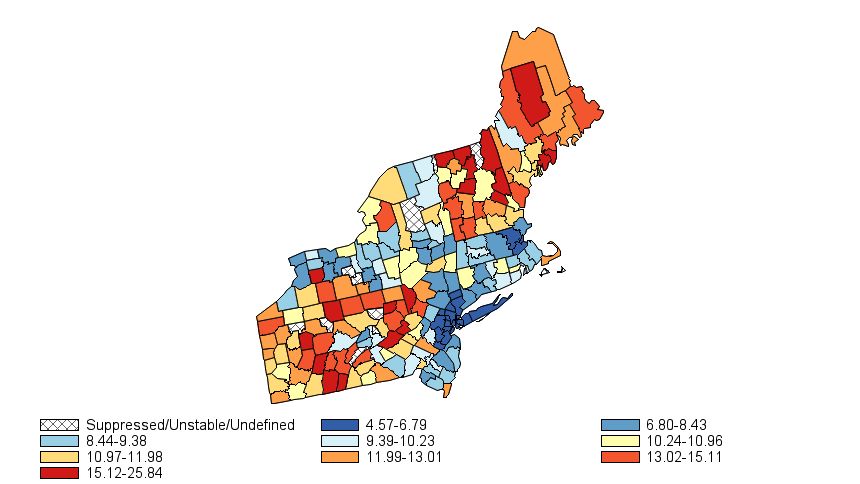 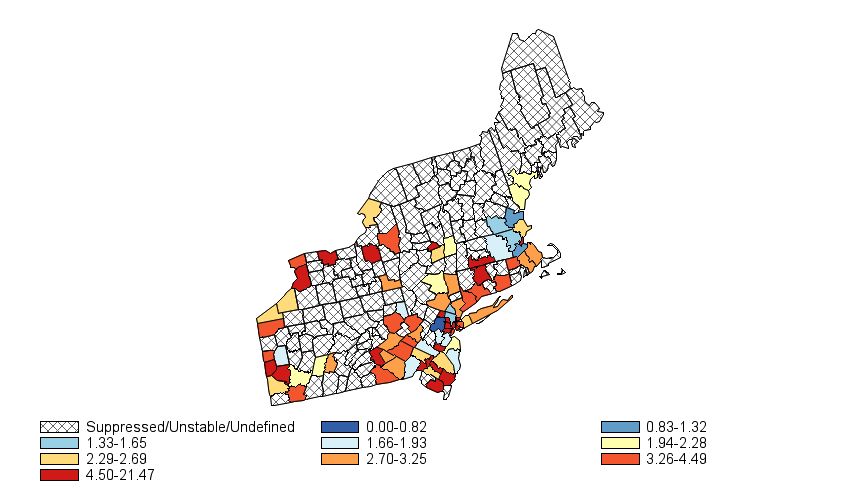 The geographic distribution of violent deaths is not random. These deaths tend to cluster disproportionately in rural counties and urban neighborhoods with higher rates of unemployment, lower educational levels, lower incomes and high segregation.

When news outlets report on homicide or suicide, I wish more of them would make an effort to explain the unequal burden of these deaths on marginalized classes of people. Data sources such as WISQARS make it easy to add vital context to news reporting about violence.

1 thought on “Exploring the geography of violent death”