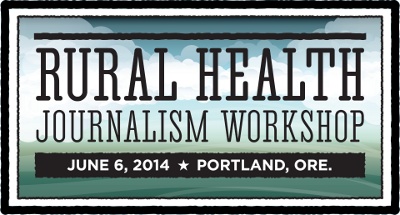 Attend AHCJ’s free Rural Health Journalism Workshop for a better understanding of what’s happening – or will be happening – in rural regions, and return to work with dozens of story ideas you can pursue.

Among the less talked about aspects of the Affordable Care Act are measures intended to help reduce rural health disparities. But health professionals working in remote small towns aren’t convinced that the well-intentioned steps will bring enough relief – and do it quickly enough – to reverse problems that many fear are getting worse, such as lack of economic opportunity for rural residents, and limited access to high-quality medical clinics and hospitals.

“There’s definitely joys, but right now the change is huge. It’s going to make it hard for many of us to survive,” said Dean Bartholomew, M.D., a family medicine physician in Saratoga, Wyo., a town with 1,700 residents that is nearly an hour’s drive away from the nearest hospital. Bartholomew was among the panelists at the Health Journalism 2014 session on rural health.

For Bartholomew, the joys include the rich relationships he’s been able to build with patients and the community. He’s found himself serving as the volunteer team physician for the local high school, for instance, and taking care of sick pets on occasion.

But practicing in a tiny rural community also means that every friend and relative is also a potential patient, he said. The crash of a four-seater aircraft presents a mass casualty situation when the local medical team consists of three people.

“We can do things we wouldn’t have dreamed of three years ago,” said Chrysanne Grund, project director for Greeley County Health Services in Kansas.

But Grund and Bartholomew said rural practices remain alarmed by what they see as dramatic changes in regulatory requirements. Grund said small town clinics and hospitals tend to scrape by with lower operating margins than urban health systems, and lack the cash reserves to update computers, hire new staff and train employees to comply with new regulations.

Most ominous, Bartholomew said, is the looming requirement to adopt an entirely new billing code. “Imagine in your line of work, that on Oct. 1, 2014, you all have to write in German,” he said.

While the deadline for the switch to the so-called ICD-10 billing code remains fluid, Bartholomew said it could eventually cost tens of thousands of dollars for small practices to comply. He said Medicare has warned practices to expect months of payment processing delays.

“We received a letter advising us to have three to six months of cash on hand or borrowing capability to survive payment delays,” he said.

“How do you survive this?” he said later in response to a question from the audience. “I don’t know.”

Jack Westfall, M.D., said rural communities are capable of building some of their own solutions. “Asking ‘Hey, how can we bring the city to you poor rural folk,’ doesn’t fly,” he said. Westfall directs the High Plains Research Network, a consortium of rural primary care practices, hospitals, and communities in eastern Colorado.

The network has enlisted hundreds of people in rural communities to help design and implement strategies to improve health, such as a campaign to boost rates of colon cancer screening and another to improve asthma care and reduce preventable hospitalizations.

For colon cancer screening, community members devised an oversized fact sheet in the form a farm auction flier. These posters are eye catching in farm country, Westfall said, because a farm auction is not just a sale, “It’s a cultural event. Somebody is leaving the farm. It’s ‘Wow, the Jones’s are moving from the old home place to town.’” The key to success, he said, is being locally relevant and actionable.

Westfall said rural communities may find they are better served if they develop their own alternatives for health insurance. “What usually happens is a product is developed in Denver and exported to rural towns,” he said.

He said the co-op model can be more attuned to the particular challenges of rural communities, with their provider shortages, small risk pools, and more individual market and very small business purchasers. Those challenges aren’t easy for insurers to handle. It’ll be worth watching to see how rural health insurance co-ops fare.