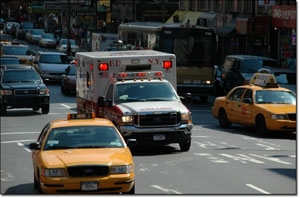 So did the Obama administration let potentially millions of Americans buy the same kind of “junk” insurance policies that were being canceled because they didn’t meet new requirements of the health law? Not exactly.

In late December the White House said that anyone who had their plan canceled could, if they wished, get a “hardship exemption” from the individual mandate and purchase a catastrophic health plan (if such plans are available in their region).

These plans are far from generous. They aren’t designed to be. But they do have certain basic consumer protections that may meet the needs of some families. A big surge of individuals or families taking up this option could, however, hurt the overall exchanges if lots of healthy people take them. People covered under these plans could “count” toward the goal of getting 7 million Americans covered by the end of March 2014. But they don’t count as part of the exchange risk pools. They are apart. And the insurers fear that they will siphon off some of the healthier people that they need in the pool to keep costs sustainable.

That’s one reason you didn’t hear about them much. It’s not what the insurers want to sell, nor is it where the administration wants everyone to end up. But they did exist from the start – they weren’t conjured up at the last minute as a temporary solution to the plan cancellation problem.

In the second half of this post, we’ll get back to whether the catastrophic plans are “junk” and who may or may not buy them.

The catastrophic policies were designed for the under-30 crowd, who tend to be healthy and may be reluctant to pay a lot for insurance that they don’t think they need (but whose mothers insist that they do). But the catastrophic plans were in fact already open to people with an affordability exemption. If insurance cost someone more than 8 percent of income, he or she could purchase a catastrophic plan. And that includes some of the families you’ve seen on television who had their plans canceled , don’t qualify for a subsidy, and face enormous bills.

I spoke to a California man – an Obama-voting Democrat – whose family of four had been paying $3,000 a year for insurance (it probably wasn’t great insurance, although he insisted it was fine and I didn’t have an opportunity to examine the fine print of his policy.) In 2014 they were going to have to pay more than $13,000 for a bronze plan, no subsidy, with a family income of $96,000. I could certainly understand why they weren’t happy. That is not “affordable.”

But they didn’t know they could qualify for the catastrophic plan. Insurance was costing them more than 8 percent of their income, and that qualified them for an affordability exemption even without the new White House policy. The administration modified the policy to get rid of that 8 percent threshold for those who had their plans canceled . Anyone who can prove they had a canceled plan can declare themselves eligible for an affordability exemption. (For some more background on covering plan cancellations, see this post on Michael Hiltzik’s work for the Los Angeles Times. Charles Ornstein also profiled a family in a situation similar to the family I described above. Here’s the CMS “FAQ” on the new policy.)

In the first half of this post, I described the role catastrophic plans play in the new insurance market, who was eligible for them initially under the law and who else can choose them under the

So let’s get back to the question of whether these plans are “junk.”

The plans are certainly “bare bones.” But when someone does have medical bills running into the thousands of dollars, they get covered. The “bare bones” actually do have some fat and muscle: They cover three primary care visits a year and a set of recommended preventive care services are free.

But then people do have to pay all expenses until they hit the catastrophic cap. The bet, for those who buy these plans, is that paying the out-of-pocket expenses will still be a good deal because of the lower premiums. And if there’s a really big expense, a catastrophic illness or accident, the beneficiary would pay out of pocket but once they hit the cap, they would have protection from medical bills. In other words, they protect people from worst-case financial scenarios ­– which some of the “bare bones” or “junk” policies that are being phased out under the ACA don’t always do. The “old” individual market was very mixed; there were some perfectly good policies and others had dangerous gaps that people didn’t learn about until they fell in them.