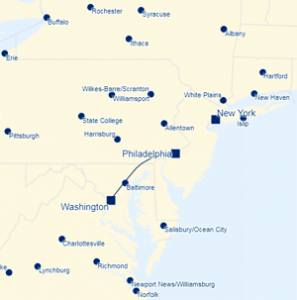 A few months ago, two of our Politico health reporters Dan Diamond and Rachana Pradhan, told me they had heard that Tom Price, then the secretary of the Department of Health and Human Services, had been traveling on chartered aircraft.

We posted a long item about Tom Price’s biography, and an overview of some of the issues that may come up during his confirmation as HHS secretary.

Joyce Frieden, news editor of MedPage Today, did a series of interviews with top academic health policy experts about what Price brings to the table, and we asked her to sum up the high points for you here, including some aspects that directly affect physicians and payment reform. END_OF_DOCUMENT_TOKEN_TO_BE_REPLACED

Expect tough questioning from Senate Democrats when Congressman Tom Price appears before two of their committees in his bid to become the next secretary of the Department of Health and Human Services.

His confirmation journey continues Jan. 18 with a hearing before the Senate HELP (Health, Education, Labor and Pensions) Committee. Then it’s on to the Senate Finance Committee (no date set as of this writing, but it’s expected to come after Donald Trump’s Jan. 20 inauguration). END_OF_DOCUMENT_TOKEN_TO_BE_REPLACED