View all posts by Shuka Kalantari →

At KQED Public Radio’s The California Report in San Francisco, part of my job is to connect with communities across California and find diverse voices talking about community health issues for our airwaves. While on-the-ground outreach is the ideal way to build relationships with sources, it’s impossible for one person to embed herself in all of California’s 58 counties.

That’s where social media comes in. Tools like Twitter, LinkedIn and social media networks has helped me find a wide range of voices, as well as follow conversations in my health beat. At Health Journalism 2013, I did a presentation with Dori J. Maynard, the President of the Robert C. Maynard Institute for Journalism Education in Oakland, Calif., (follow her at @TeamMije and @djmaynard) on how to navigate Twitter and LinkedIn to find sources. We started with Twitter.

Reporters should follow individuals and organizations that serve diverse populations (need some Twitter 101? Check AHCJ’s tip sheets here and here, Twitter’s Help Center, Mediabistro, and Mashabable’s video tutorial). Follow ethnic media in your coverage area. Also, think outside traditional “health” box. Don’t just follow health organizations and media – think about arts groups, youth groups or theater groups in the regions you are covering. For example, I follow Cornerstone Theater Company, a community theater group in downtown Los Angeles. The staff has since connected me with various community members who have been affected by community health issues on everything from trying to get access to health care as a homeless person in Skid Row, to preventing gun violence in South LA.

But if you’re following hundreds (or even thousands) of people on Twitter, it can be hard to keep up  with the conversations. That’s where creating Twitter “streams” can be useful.  END_OF_DOCUMENT_TOKEN_TO_BE_REPLACED 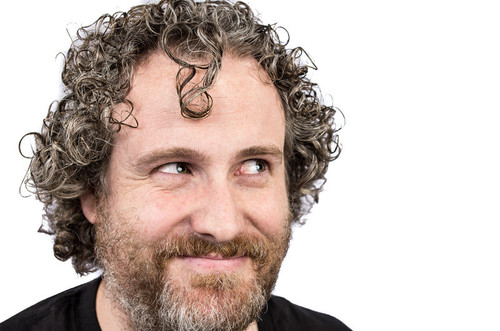 ●     By working with data scientists we can make lots and lots of pretty diagrams to support journalistic assertions. END_OF_DOCUMENT_TOKEN_TO_BE_REPLACED

This year, Facebook launched a virtual currency that allows users to buy extra items in popular games. Now, according to Silicon Alley Insider’s Nicholas Carlson, health reform opponents are using that currency to lure Facebookers into sending a prefabricated anti-health reform letter to their congressman.

“Get Health Reform Right” requires gamers to take a survey, which, upon completion, automatically sends the following email to their Congressional Rep:

“I am concerned a new government plan could cause me to lose the employer coverage I have today. More government bureaucracy will only create more problems, not solve the ones we have.”

The organization behind the scheme, Get Health Reform Right, seems to be funded primarily by insurance companies.

James Chase reports in Medical Marketing & Media that Pfizer has opened a Twitter account, @pfizer_news. The pharmaceutical behemoth will use the microblogging service for interacting and opening dialog with customers, rather than for product promotion or advertising, Chase reports. While Pfizer has been monitoring Twitter for months, executives were afraid to engage directly for fear that they would be “ripped to shreds” by the Twitterati.

“We’re trying to become transparent, but we’re doing it slowly and cautiously,” said (Ray Kerins, VP worldwide communications). “For us to jump in with two feet would be stupid. The first task was to get the communications team cleaned up because we’ve had a bad rap in that area.”

Pfizer hopes to increase its social media presence, but plans to do so cautiously and in gradual steps.

For now, Pfizer’s media relations team is charged with controlling all corporate tweeting, but Kerins said he hopes to expand the pool soon. “I would love to have by the end of the summer 100 people, from medical to public affairs, who have been anointed by the company and who can go out and Twitter.”

As of Monday morning (July 27), @Pfizer_News had gained 565 followers and was in turn following 225 users, many of them major media outlets.

Jackie Fox writes in the Omaha World-Herald about local institutions’ use of social media to reach out to consumers and to provide information in the formats and locations in which consumers are likely to look.

One institution views social media as a customer service, providing patients with blogs they can use to share health updates with family and friends. Some find and reply to relevant blog posts or tweets.

“It’s a good educational tool for procedures people may not be familiar with. People may decide this is someone they’d like an appointment with, or doctors in other parts of the state learn they can send patients to a specialist closer to home,” [media relations lead Paul ]Baltes said.