As the Nov. 18 keynote speaker at AHCJ’s Journalism Summit on Infectious Disease, Collins gave a stark warning for journalists and all Americans about the need to recognize the value of the vaccines as they are rolled out in the coming months. END_OF_DOCUMENT_TOKEN_TO_BE_REPLACED 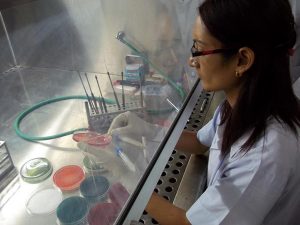 The decision follows a three-year ban on such funding after several accidents at federal laboratories in 2014. A Centers for Disease Control and Prevention lab accidentally exposed workers to anthrax and shipped a deadly flu virus to another lab that had asked for a benign strain. The NIH found vials of smallpox in a freezer that had been forgotten about and thus weren’t secure. END_OF_DOCUMENT_TOKEN_TO_BE_REPLACED 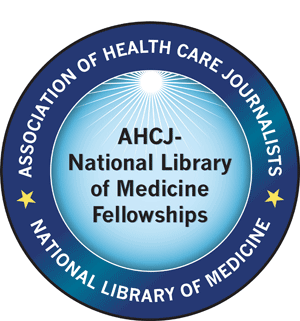 Six journalists have been named to this year’s class of AHCJ-National Library of Medicine fellows. The fellowship program was created to increase reporters’ access and understanding of the considerable resources available at NLM and the National Institutes of Health.

Their visit to the NIH campus, scheduled for the week of Sept. 24, will include hands-on workshops about how to use and get the most from several government research databases, such as PubMed, MedlinePlus, ClinicalTrials.gov and ToxNet. Fellows also will meet with senior NLM and NIH researchers and officials for exclusive informational sessions.

Read more about the fellows. 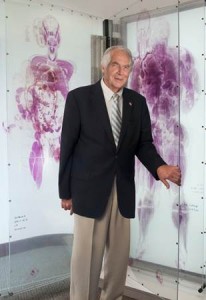 Don Lindberg, M.D., who has served as director of the National Library of Medicine for more than 30 years, will retire at the end of March 2015.

In a statement, Francis S. Collins, M.D., Ph.D., director of the National Institutes of Health, described Lindberg as “an expert and groundbreaking innovator in the world of information technology, artificial intelligence, computer-aided medical diagnosis, and electronic health records.”

Lindberg, under whose tenure the AHCJ-NLM Health Journalism Fellowships were developed, was the first president of the American Medical Informatics Association. The organization says that many of its members “have benefitted from his strong leadership in training programs, research activities, and educational programs.” The AMIA recognizes his contributions to the field with its annual Donald A.B. Lindberg Award for Innovations in Informatics.

Collins described many of Lindberg’s contributions, many of which are tools regularly used by health journalists, with some historical perspective:

Don has created programs that changed fundamentally the way biomedical information is collected, shared, and analyzed. Think about it-when Don began, NLM had no electronic journals in its collection, few people owned personal computers, and even fewer had access to the Internet. He introduced numerous landmark projects such as free Internet access to MEDLINE via PubMed, MedlinePlus for the general public, the Visible Human Project, ClinicalTrials.gov, the Unified Medical Language System, and more. Don also created the National Center for Biotechnology Information (NCBI). NCBI has been a focal point for “Big Data” in biomedicine for decades, providing rapid access to the data generated by the Human Genome Project and now to massive amounts of genetic sequence data generated from evolving high-throughput sequencing technologies. GenBank, PubMed Central, and dbGaP are just some of the many NCBI databases that support and enable access to the results of research funded by NIH and many other organizations.

According to the NLM website, Lindberg is the author of three books, several book chapters and more than 200 articles and reports. He has served as editor and editorial board member of nine publications, including the Journal of the American Medical Association.

In her latest series, Chicago Tribune reporter Trine Tsouderos, whose award-winning reporting has brought her hard-nosed approach to investigating less-proven areas of medicine, which will be familiar to many members, to bear upon the federal government.

This time, her target is the National Center for Complementary and Alternative Medicine, which she calls “a small, little-known branch of the National Institutes of Health … launched a dozen years ago to study alternative treatments used by the public but not accepted by mainstream medicine.” According to Tsouderos, the center has spent $1.4 since its inception, some of it on curious projects.

A Tribune examination of hundreds of NCCAM grants, dozens of scientific papers, 12 years of NCCAM documents and advisory council meeting minutes found that the center has spent millions of taxpayer dollars on studies with questionable grounding in science.

You’ll want to read it for yourself, but highlights include sentences such as “The cancer treatment involving coffee enemas was based on an idea from the early 1900s, and patients who chose to undergo the risky regimen lived an average of just four months” and “Thanks to a $374,000 taxpayer-funded grant, we now know that inhaling lemon and lavender scents doesn’t do a lot for our ability to heal a wound.”

It’s not all just cherry-picking wacky studies, of course. Tsouderos also looks deep into the powerful alternative medicine industry as well as the scientific rigor, or lack thereof, that sits at its core.