Winegard, a history professor at Colorado Mesa University, published an extensive history of the mosquito’s enduring and broad impact on the shape of geopolitics around the world, which demonstrates that the animal remains a threat to humanity. END_OF_DOCUMENT_TOKEN_TO_BE_REPLACED 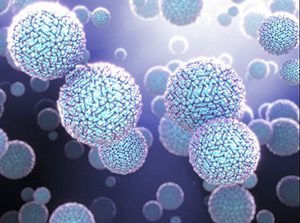 Any time there is an outbreak of an infectious disease, the public wants to know how common it is and its risk of contracting it. When covering breaking cases, journalists should provide context by including information on historical incidence and trends.

Here are some resources for infectious diseases exclusively within the United States. END_OF_DOCUMENT_TOKEN_TO_BE_REPLACED

The seed for the Dittrick Medical History Center and Museum was planted in 1894 by the Cleveland Medical Library Association. Initially what is now the museum was a repository for local doctors’ collections.

Today The Dittrick (which is what locals call it) is an internationally respected museum with exhibits and programs that showcase:

END_OF_DOCUMENT_TOKEN_TO_BE_REPLACED

That’s how the first stop begins on the interactive map for Marketplace’s “Philadelphia: The Birthplace of Healthcare” but it also could be a question about AHCJ’s 2011 conference.

The answers are remarkably similar.

Philadelphia has played a large role in the development of health care in this country. Some of the notable events, from the Marketplace piece:

Marketplace’s project, which includes an interactive map timeline that leads you to audio and video pieces, provides an interesting tale of health care in that city. Hear about the surgical amphitheatre where people paid to watch surgery and how the first HMO came about. Find out how an eye doctor became responsible for the screening trend.

Most surprising is the use of puppets, a canoe and music to tell the stories.