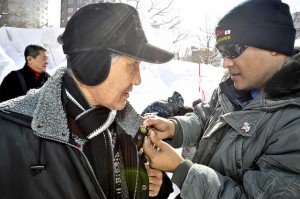 According to the National Institute on Aging, hypothermia is generally defined as having a core body temperature of 95 degrees Fahrenheit or lower. It can occur when the outside environment gets too cold or the body’s heat production decreases. Hypothermia can develop in older adults even after relatively short exposure to cold weather or a small drop in temperature. Recent CDC data shows that nearly two-thirds (63 percent) of the 2,000 weather related deaths for all ages between 2006-10 were due to exposure to excessive cold, hypothermia, or both. Between 1999 and 2002, 49 percent of those who died from hypothermia were aged 65 or older, 67 percent were male. END_OF_DOCUMENT_TOKEN_TO_BE_REPLACED