Mary Chris Jaklevic is AHCJ's topic leader for patient safety. She has been a contributor to HealthNewsReview.org, a project that aimed to improve health care journalism by critiquing the accuracy and balance of media messages about medical interventions, and was an AHCJ board member from 2005 to 2009. 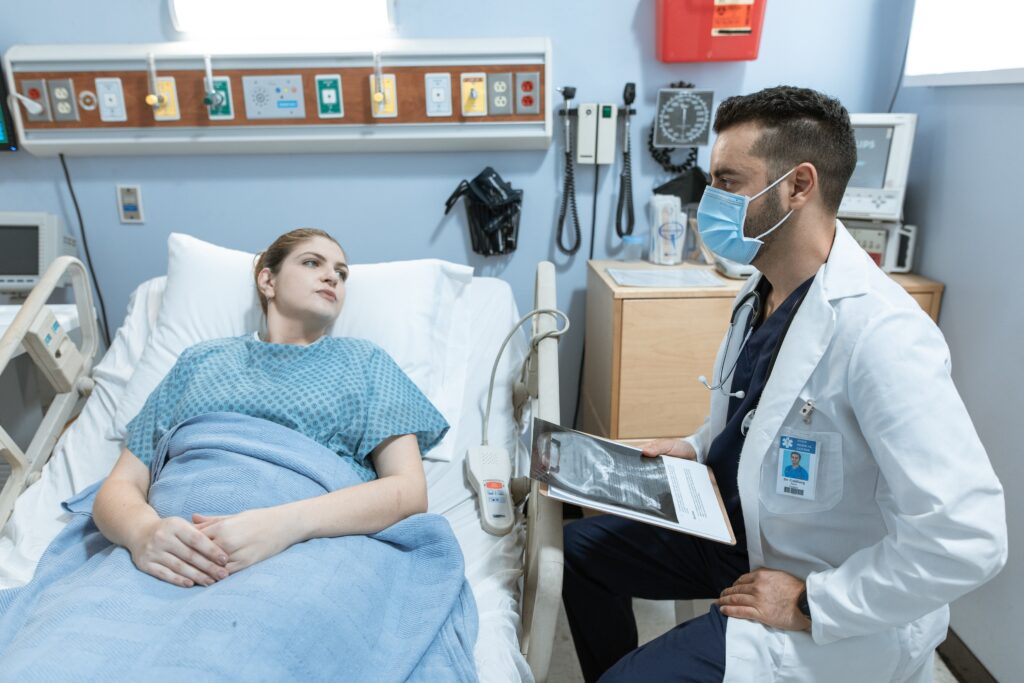 Photo by RODNAE Productions via pexels.

In the last year many prominent voices have raised alarms about deficiencies in patient safety, just as staffing shortages have heightened concerns about harm due to inadequate care.

Here are five key points that have emerged.

1. Measures of patient safety worsened during the pandemic.

Rates of some hospital-associated infections tracked by the CDC increased in 2020 and 2021 following several years of improvement. Data show that falls and bed sores also increased.

Not surprisingly, some hospitals saw their safety scores slip. Patients reported that critical aspects of care such as transitioning out of the hospital, communication about medications, and hospital staff responsiveness — which are among the measures in the Leapfrog Hospital Safety Grade — declined.

2. Patient safety wasn’t so great even before the pandemic.

Patient safety got a boost in the fall when the President’s Council of Advisors on Science and Technology (PCAST) convened a public meeting with forward-thinking experts, whose suggestions included mandatory reporting of harms, greater patient engagement, unifying federal oversight of patient safety and collecting more meaningful data. A working group was charged with making specific policy recommendations to the Biden administration.

Finally, U.S. Rep. Nanette Diaz Barragán of California introduced legislation to create a National Patient Safety Board that would establish a voluntary reporting system for safety events and try to determine why they occur.

At an HHS listening session in November, executives from about 20 large health care systems were asked to provide input on what they need from the federal government to improve safety. The prevailing responses were assistance with addressing staffing shortages and easing of reporting requirements. In contrast, three patient advocates who were invited to speak pleaded for policies to hold hospitals accountable such as greater transparency.

5. Patient safety will be the focus of a session at Health Journalism 2023 on Friday, March 10, in St. Louis.

A panel of experts will discuss what it will take to turbocharge patient safety reform and give journalists fresh ideas for covering the topic. The panel will include Martin Hatlie, founding member, Patients for Patient Safety US; Ruth Ann Dorrill, HHS regional inspector general; and Tejal Gandhi, M.D., M.P.H., chief safety and transformation officer at PressGaney. It’s not too late to register.

Mary Chris Jaklevic is AHCJ's topic leader for patient safety. She has been a contributor to HealthNewsReview.org, a project that aimed to improve health care journalism by critiquing the accuracy and balance of media messages about medical interventions, and was an AHCJ board member from 2005 to 2009.