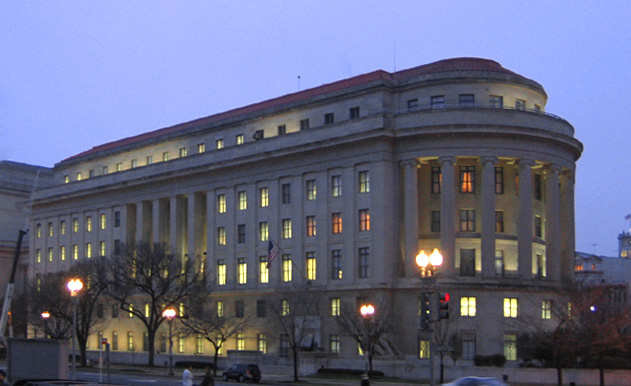 Last month, Ed Silverman at STAT News covered the story about how Centene, one of the nation’s largest health insurers, agreed to pay $33 million to settle allegations from the state of Washington that Centene’s pharmacy benefits management (PBM) subsidiary had overcharged the state Medicaid program.

This story is significant because it’s part of a larger trend in which PBMs are under scrutiny nationwide. The 27-page settlement agreement includes details on the allegations state officials leveled against Centene and its former PBM, Envolve. “The allegations underscore growing concern about pharmacy benefit managers, which occupy an important — but perplexing — role in the pharmaceutical supply chain,” he wrote. In their role as middlemen, PBMs negotiate rebates and fees with drug manufacturers, create drug formularies and reimburse pharmacies for patients’ prescriptions.

Journalists covering PBMs wherever they operate would be well served to read the details of the Washington state agreement and the details from other lawsuits states have filed against health insurers and their PBM subsidiaries or contractors. Reporters should also follow the investigation the Federal Trade Commission (FTC) launched into PBMs in June as this blog noted.

Last year, Nona Tepper reported for Modern Healthcare that Centene reserved $1.25 billion for future settlements related to the operations of its now-defunct PBM Envolve. In 2019, Centene restructured Envolve so that it no longer operates as a PBM, she wrote, adding that it now processes insurance claims as a third-party administrator.

The agreement with Washington state is one of at least 10 that Centene has reached with other states since last year, Silverman noted. In the past four years or more, officials in many states have investigated how health insurers serving Medicaid members contract with PBMs, including Arkansas, Illinois, Kansas, Mississippi, New Mexico, Ohio, Oklahoma, and the District of Columbia. All of those states are likely to have details on how health insurers and PBMs have operated, particularly in any lawsuits those states filed.

The investigation into how Ohio contracts with PBMs and Medicaid managed care plans came to light in 2018 as a result of reporting in The Columbus Dispatch, which collected the award-winning work of Darrel Rowland and his former Dispatch colleagues in the Side Effects series. That series explains the steps state officials took when reviewing the contracts that five health insurers had with PBMs in Ohio before they terminated those contracts. We covered that reporting in this tip sheet.

This summer, the Gannett-owned Dispatch laid off Rowland, as Elahe Izadi reported for The Washington Post earlier this week.

Journalists seeking details on PBM operations should read the lawsuit that Louisiana Attorney General Jeff Landry filed in April against UnitedHealthcare of Louisiana and its PBM subsidiary OptumRx. In that filing, Landry alleged that UnitedHealthcare inflated the amount it pays OptumRx for drugs, overcharging the state’s Medicaid department by billions of dollars, as Tepper reported on April 20.

In court documents, Landry alleged that the state paid more than it should have to UnitedHealth Group, the parent company of UnitedHealthcare of Louisiana because United’s PBM and its Medicaid managed-care business units had a perverse incentive to boost the insurer’s medical loss ratio, she explained. In state and federal laws governing medical-loss ratios, health insurers must spend at least 80% of every premium dollar on patient care.

In 2020, Milliman, an actuarial firm, showed that the Florida Agency for Healthcare Administration paid PBMs more than $89 million on behalf of the Florida Medicaid program in part by profiting from an industry practice called spread pricing, Silverman reported. Under spread pricing, PBMs pay fees to pharmacies to dispense drugs to consumers but then bill the state Medicaid program at a different rate, he wrote. “In this instance, the PBMs working with managed care plans made $8.64 for each Medicaid prescription, which accounted for 9.5% of total plan spending,” he added.

In addition to the state investigations that pharmacy benefit companies and their insurers face, the FTC voted this spring to scrutinize what the agency called vertically integrated PBMs in June. As a first step, the FTC required the six largest PBMs — CVS Caremark, Express Scripts, OptumRx, Humana Inc.; Prime Therapeutics, and MedImpact Healthcare Systems — to provide information and records regarding their business practices so the agency could investigate the effect PBMs have on patients’ access to prescription drugs and the affordability of those medications. The statements from each of the FTC’s commissioners are revealing about the role PBMs play in the pharmacy business.

Silverman’s article about the Centene settlement in Washington also was revealing. When PBMs establish drug formularies, which are lists of the medications insurers will cover, they collect rebates from drug makers, but the amounts are kept confidential, he wrote. “This is a controversial tactic because the deals are blamed for rising drug prices,” Silverman added.

As a result of such practices, legislators in more than 30 states have introduced more than 130 bills to regulate how PBMs operate, he concluded.