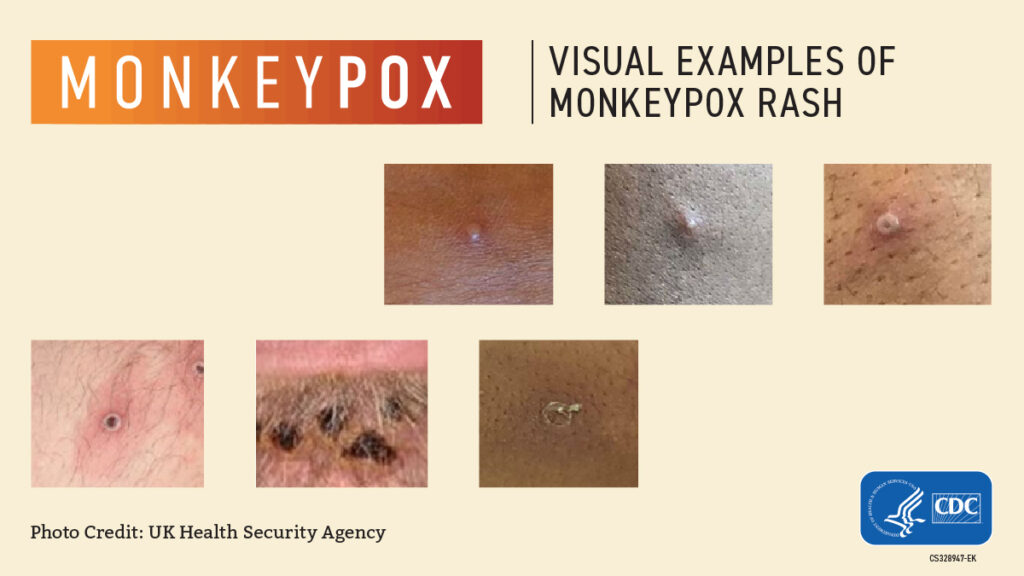 On June 30, Texas’s department of health reported multiple cases of monkeypox in people who hadn’t traveled outside the United States, suggesting the outbreak of the disease is expanding to different parts of the country.

So how worried should Americans be? Most are currently at low risk for the disease, but that could change, Celine Grounder, M.D., an infectious disease specialist at New York University’s Grossman School of Medicine told CBS News on June 28.

Monkeypox is spreading predominantly among men who have sex with men, but it could spread to other communities, Dr. Grounder said. The World Health Organization said on June 25, that monkeypox wasn’t a public health emergency of international concern, but the WHO said that may change if more cases emerge globally in the coming weeks.

As of June 30, the CDC said there have been 396 confirmed cases in the U.S. in 30 states and the District of Columbia. There were 4,177 cases reported in Europe, with the majority of cases reported in the past two months.

Monkeypox is caused by an orthopoxvirus and is a cousin of smallpox. Until recently, monkeypox has rarely been detected outside of west and central Africa. Though in most cases it is mild, the disease can be serious and even deadly for the immunocompromised, pregnant women and children. U.S. health officials have stepped up calls to clinicians and the public to know what the signs and symptoms are of the disease. They include fever, headache, muscle aches, swollen lymph nodes and a rash that can look like blisters. Transmission occurs through direct contact with the rash or bodily fluids like saliva and prolonged face-to-face contact through respiratory droplets.

Monkeypox isn’t technically a sexually transmitted disease but is acting like one in that most of the cases in Europe and the U.S. have been among men who seek sex with men and share the same barriers to detection and treatment, including stigma and access to health providers, according to David C. Harvey, executive director of the National Coalition of STD directors. The CDC is also investigating whether monkeypox is spreading through semen or through vaginal fluid, which hasn’t been a route of transmission in previous monkeypox outbreaks.

“My colleagues and I in public health know what to do about monkeypox, just as we do about sexually transmitted infections,” Harvey said in an Op-Ed in STAT News. “By taking smart steps during this outbreak, we can stop monkeypox in its tracks.”

Monkeypox preparedness in the U.S.

This week, the CDC activated its emergency response to coordinate a public health response. President Biden’s administration also announced a plan to roll out more convenient testing and 1.6 million vaccine doses for communities at high risk of monkeypox infection, such as men who have sex with men, transwomen or nonbinary people assigned male at birth who have sex with men, sex workers and people who work at places where sex occurs, such as saunas or bath houses.

There are two vaccines approved by The Food and Drug Administration for preventing smallpox that also work for monkeypox — Jynneos, made by Denmark’s Bavarian Nordic and ACAM2000, made by Gaithersburg, MD-based Emergent BioSolutions.

The U.S. Department of Health and Human Services announced today that they ordered an additional 2.5 million doses of Jynneos for monkeypox preparedness. “Deliveries from this latest order will begin arriving at the Strategic National Stockpile (SNS) later this year and will continue through early 2023,” according to the HHS release.

There are also two FDA-approved antivirals to treat monkeypox — Tecovirimat, made by New York-based SIGA Human BioArmor and Tembexa, made by North Carolina-based Chimerix.

At a background briefing with reporters on June 28, White House officials said there have been no reported deaths from monkeypox. Further, they emphasized that unlike COVID-19 when it emerged in 2019, scientists have studied monkeypox for decades, and there are existing treatments and vaccines for this disease.