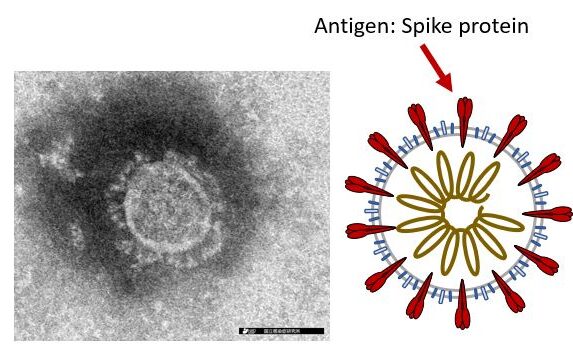 Photo courtesy of the National Institute of Infectious Diseases.

The COVID-19 story of the summer is omicron subvariants.

As of mid-July, two subvariants are “of concern,” according to the CDC: BA.4 and BA.5, which make up about 80% all COVID-19 cases in the U.S. Another variant, though it has yet to reach the status of “concern,” is BA.2.75, which is rapidly spreading in India and could become a threat in the U.S., according to virologists. (Omicron is the SARS-CoV-2 variant that emerged and swept the globe beginning November 2021, causing a big wave in cases, hospitalizations and deaths globally.)

How much the public should worry about these variants is a matter of debate among public health experts. See this July 13 story in Business Insider, quoting four infectious disease experts I have contacted frequently over the past two and half years. Three of the four experts (Amesh Adalja, M.D., Celine Gounder, M.D., Katelyn Jetelina, Ph.D., M.P.H., and Preeti Malani, M.D.) ranked the risks — on a scale of 1 to 10 — of between 0 and 7 depending upon age, health status and geographic location. One wouldn’t rank the risk because the data isn’t clear.

Some researchers, including Eric Topol, M.D., are extremely concerned because the variant is so contagious.

“The Omicron sub-variant BA.5 is the worst version of the virus that we’ve seen,” Topol wrote in his Substack newsletter on June 27, and was followed by a July 7 editorial in the Washington Post titled: “The worst variant just arrived. The pandemic is not over.”

The reason? Both BA.4 and BA.5 carry mutations in their spike protein that enable them to evade protection from prior infection, COVID-19 vaccines, and treatments, making them more contagious. The variants are causing a wave of reinfections and new infections this summer. [For full disclosure, I am one of those fully vaccinated and twice-boosted -newly infected people. I tested positive for COVID-19 for 11 days beginning on June 28. I had what I would describe as a moderate cold. I have since recovered.]

Keren Landman, a physician, epidemiologist, journalist, and member of the AHCJ, did a good job laying out what is known about BA.4 and BA.5’s immune escape mechanisms and risks to the public in this July 15 Vox story.

As of July 16, the daily average of cases was 129,987, up 14% over the past two weeks, and the number hospitalized is up 40%, according to the New York Times, which gathers state and federal data for its COVID data tracker. The case count figure is likely far below the actual number of positive cases because of the wide availability of at-home tests that aren’t reported to public health officials. [Full disclosure, I reported my case to my physician and tried to report it to D.C., where I live, but found DC’s Department of Health website impossible to use for reporting my at-home test.

In response to the spike in cases, the Biden administration released a five-part strategy for responding to the latest wave of cases which pretty much adheres to its previous responses to the pandemic, including making it easier to access tests and vaccines, providing free masks and encouraging people to wear them and to stay home if sick.

So, what should health reporters focus on? Gregory Poland, M.D., head of the Mayo Clinic’s Vaccine Research Group says journalists should be writing about the growing threat of COVID-19 reinfections, even among those who are vaccinated. In June, a Veterans Affairs study, now in pre-print and has yet to be peer-reviewed, indicates that each time someone is reinfected with the SARS-CoV-2 virus, even if they are vaccinated, the risks of developing long COVID — like brain fog, diabetes, and depression — rise exponentially.

“The American public doesn’t understand this,” Poland said. “If they really understood it, they would be taking more evasive action.”

The preprint research doesn’t make clear if people in the study who were vaccinated and reinfected, were fully vaccinated, or if they had received either one or two vaccine boosters, but Poland thinks the study is compelling.

Contrary to a few reports that people can be reinfected in two to three weeks after infection, Poland does not believe this to be the case. BA.4 and BA.5 are new variants, so if you have been infected recently by one of these variants, protection is likely to last at least 4 to 6 weeks, he said. However, people shouldn’t consider themselves immune if they have been infected with previous variants of SARS-CoV-2 like the first version of omicron that caused this past winter’s wave or delta that caused last summer’s wave. Therefore, people should take the usual precautions of wearing a KN94 or N95 mask indors and getting another booster if the are fully vaccinated.

“The reason you can get reinfected is because we are quickly generating new variants” that better infect our cells and evade vaccines, Poland said. And variants “are going to keep happening because that is what a hypermutable RNA virus does.”

The Atlantic’s Katherine Wu and Ed Yong address the threat of reinfection in this May 2022 story and this July 2022 story, respectively.