Marion Renault is a freelance health and science journalist based in Brooklyn, N.Y. Her work appears regularly in The New York Times, The Atlantic, The New Republic and STAT, among others. She has a master’s degree from New York University’s Science, Health and Environmental Reporting Program, where she was a Robert Wood Johnson Foundation Fellow and winner of the Edwin Diamond Award. Her full portfolio can be found here.

View all posts by Marion Renault → 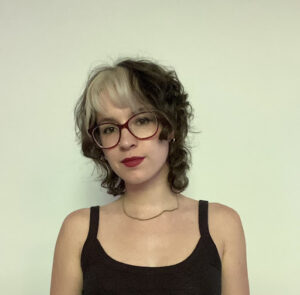 Emergency medics are regularly the first people to provide care to someone on the worst day of their life. But all too often, they are barred from accessing the electronic records of the health care systems where they drop their patients off, as I wrote for STAT in a story published in January: “A ‘black box’: Emergency medics remain locked out of electronic health records.”

That information gap has a complex impact on emergency medics. On the scene, it prevents them from accessing patient medical histories that contain critical details about previous hospital visits or preexisting conditions. It bars them from learning the final outcomes of cases, depriving them of the chance to review cases and improve. And it takes a deep mental and emotional toll, many medics told me during my reporting.

I had begun to appreciate the many challenges and indignities facing the field of emergency medical services, or EMS, in stories I wrote for The Atlantic, and before that, for GEN Magazine. In interviews for those pieces, paramedics and EMTs kept bringing up the same, common experience: Dropping off a patient, driving away, and wondering what happened next. As an outsider, that stood in such stark contrast to traditional medicine, where clinicians have access to an incredible amount of information at their fingertips. It seemed worth its own story.

From time to time, with my closest clients, I’ll float a batch of three to six one-paragraph notions and see what they like. This EMS information gap pitch was one of them. In the mini pitch, I nodded at the legal implications (medics are covered under HIPAA), the financial realities of the problem (most EMS agencies don’t have the money to make necessary hardware and software changes), and the patient impact (depriving medics of feedback holds back their quality improvement).

Once green-lit, I reached out to academic researchers whom I had never spoken with but had seen as co-authors on papers in this field of study. Luckily, both were happy to speak. Other expert sources I found through professional organizations like the National Association of EMS Physicians. I knew I wanted to center the story on the perspective of medics and landed on a tool I haven’t used in a while — Reddit — for finding some. I posted in an EMS subreddit that I was a reporter working on a story about the field’s information gaps and soon had more than enough calls lined up.

In those calls, I focused on drawing out specific examples of how this phenomenon shapes their ability to care for and treat patients. In my mind, health tech stories can get so squishy, so fast. But the field of EMS is so human, tangible, and often cinematic. Medics show up to chaotic scenes, quickly make clinical determinations based on whatever clues they pick up on, and administer life-saving care — all while handling people who may be panicked, in shock, in great pain, or already grieving.

I thought details of what’s running through a medic’s mind could anchor the piece and make the story come alive for readers who might know nothing about electronic health record-keeping. In the piece, I explain how, in the absence of health records, medics can learn more than we might imagine from little things like bunched-up blankets, untouched medicine bottles, shoveled driveways and broken air conditioning units.

As is the case every time I report on EMS, I was surprised by the uniqueness of the field’s history and the extent to which that history shapes its modern form. This country’s first ambulances were totally grassroots: largely civilian, largely volunteer, largely offering transportation — a trip to the hospital. Over time, the field has professionalized, but EMS has still not been accepted, wholly, by the medical establishment, which often casts providers as just ambulance drivers.

There are some interesting implications of that history, including that EMS is still housed in the Department of Transportation, not the Department of Health and Human Services. Ambulances bill Medicare and Medicare per mile, not for services rendered. And even though they are covered under HIPAA, that’s often the reason cited for why medics are barred from seeing patient records.

This is a field that is constantly evolving and fighting for inclusion and respect, whether that’s in terms of regulation, billing, funding, or workforce turnover and burnout. At the same time, EMS draws people in for deeply personal reasons. The people in this field don’t do it for the money or the glory; they do it because it matters to them. That makes them really great sources. They are passionate and want to share their experiences with the public.

After all, EMS also occupies a really interesting corner of public consciousness. If you’re anything like me, your first instinct in a medical emergency is to call 911. But it’s actually a quite fragile patchwork utility — and that’s worth covering because it shatters the illusion that this system is ready nationwide to respond to each and any of us at a moment’s notice. I hope that’s what shone through for readers: This is an important system that deserves to be treated as such.

Marion Renault is a freelance health and science journalist based in Brooklyn, N.Y. Her work appears regularly in The New York Times, The Atlantic, The New Republic and STAT, among others. She has a master’s degree from New York University’s Science, Health and Environmental Reporting Program, where she was a Robert Wood Johnson Foundation Fellow and winner of the Edwin Diamond Award. Her full portfolio can be found here.