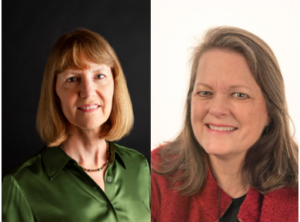 Freelancing remotely can be isolating. Many independent writers find that joining a local writers’ group helps to build a sense of community. But it can be daunting figuring out how to start and sustain a writers’ group.

Independent writer Nicole Fauteux and writer and editor Tammy Lytle belong to a Washington, DC writers’ group that members call the DC Guild. In a new “How they did it,” the duo explains how the group works, how it has benefited them and offers tips for freelancers looking to start a local group. (Responses have been lightly edited and condensed.)

How does your writers’ group work?

Lytle: The group has evolved and changed over time. Pre-COVID, we met once a month in person. We would rotate between DC, Maryland and Virginia. We would also rotate locations, days of the week and times of the day.

Fauteux: I’ve been with the group for about 15 years. The core consists of people who are journalists or who were journalists with well-known outlets and then transitioned to freelancing when journalism was going digital and news outlets were restructuring. Many people have focused on or transitioned to book writing. It’s a nice, eclectic group.

What do you talk about?

Lytle: People talk about lots of different things. “This is what I’ve been working on. This is what’s great. This is what I’m struggling with and need help with. This is what I just want to scream about. Do you have any ideas about how to deal with this editor? Or here’s an ethical question, or here’s a money question about how to price something.” The focus is to share what we’re working on, share resources and help and provide some social connection and professional networking. And sometimes, it is just a space to vent. It is a very adaptable group. We’re not focused on reading each other’s work very much, although we do that sometimes offline.

Before the pandemic, how many members would meet in person each month?

Lytle: We’ve had meetings with only four or five people, and we’ve had meetings with 12 to 15 people. So, part of it is what day of the week is it and what else is going on news-wise. We just kind of roll with it. I would say that six to 10 people at a meeting is the sweet spot. We have a Facebook site, so we have some people who were in the group but still like to keep in touch with people. So, they’re still involved in that way. And they will generously post, “Hey, my company needs some work done. Does anybody want more information on this freelance work?”

How do you maintain a group like this during the pandemic?

Fauteux: Like everyone else, we’re meeting on Zoom. We still hold our meetings monthly, and the Facebook page is also a useful place for people to connect.

How do you prevent one person from dominating the meeting?

Lytle: We look around at the beginning of the meeting and the person who’s in charge determines for example if there are six people, everybody gets eight to 10 minutes to talk. And then, we use our iPhone with the timer so that everyone gets a turn.

Your group doesn’t have a full-time leader right now. Tammy has stepped in to a degree, and group members are taking turns organizing meetings. How important is it to have someone consistently lead the group?

Fauteux: I think it depends on the people in the group. Some people are very adept at organizing and some people really flounder. You certainly don’t want to have it so open-ended that you have 12 emails back and forth just to choose a day and time that week to meet. In that sense, I think it really helps to have one person who just says, “Ok, this is what we’re going to do.”

How important has this group been to each of you?

Fauteux: Initially, it was just helpful to hear what other people were doing and to get moral support and ideas for how to expand my client base and my assignments. But over time, it has evolved. I now have an assignment that I’ve been doing for at least five years for a college friend of Tammy’s who has become a lovely anchor client for me. It’s been really good to have the opportunity to get moral support to do the things you know you should be doing but can’t quite motivate yourself to do on your own.

Lytle: During COVID, I think it has really been important to have those connections. More generally, I can’t even add up how many assignments I’ve gotten from people saying, “Hey, I’ve got this editor who needs somebody.” Another important thing that I never thought about before starting this freelancing career is that I’m running a business. This group taught me about invoicing, how to keep track of accounts payable. We’ve also had great discussions about good time management tracking tools. In freelance journalism, it is sometimes hard to know what is the going rate. So having a group of people that you trust to talk about those issues with is huge.

Is it important to have rules for a writers’ group?

Lytle: It’s very helpful to have some basic parameters. For instance, what happens in Vegas, stays in Vegas. If you’re going to feel comfortable talking about whether $2,000 to do this piece is worth it or ask advice about where to pitch a story idea, you don’t want to deal with people who will steal your story idea or blab about your finances. You have to establish an agreement on what the limits of confidentiality are and how you treat each other. It doesn’t have to be written in stone.

Fauteux: I think Tammy is absolutely right. It is good to know upfront what the expectations are. We used to have rules about attendance. Since the pandemic, that’s kind of fallen by the wayside. I got “kicked out” at one point because I wasn’t coming. And we had a lot of people who wanted to be a part of the group at that point, and we didn’t want to not extend invitations to new people if there were folks who weren’t showing up. I think you had to show up four times a year at a minimum.

Lytle: And if you didn’t, then the leader would call and ask, “Would you like to move to emeritus status, or is it just that you had something going on this year, and next year will be different?”

What advice can you offer others about how to start a writers’ group in their communities?

Lytle: Start putting out the word to anybody that you know. Try to meet some like-minded people and say, “Hey, let’s meet for coffee or a glass of wine.” The idea is to find people you click with and are on the same wavelength professionally. Once you get a core, the group grows organically.