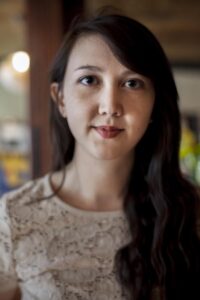 Shayla Love, a senior staff writer at Motherboard (the tech arm of Vice.com), has written several articles about psychedelic drugs used as mental health therapy. One recent story, Psychedelic Telemedicine Has Arrived. What Could Possibly Go Wrong? took a public health turn. In this investigative story, Love explored problems arising from a company offering ketamine — an anesthetic drug that produces hallucinogenic effects — as a teletherapy, sending the medications to people’s homes and offering some guided therapy online. Traditionally, drugs like this and related guided therapy are administered in a medical clinic under the direct supervision of an expert.

In a new “How I Did It,” Love talks about her reporting process and offers words of caution on behalf of vulnerable patients who might pursue this avenue of therapy. (Responses have been lightly edited and condensed.)

How did you find out about this story or get the idea to pursue this?

I have been covering psychedelics in the context of mental health treatment for the past several years, so that topic was already on my radar. I got ads in my Instagram feed for Mindbloom, a company advertising a telemedicine ketamine therapy approach where people can get ketamine sent to their house. I thought that was pretty interesting because many ketamine clinics are opening now. Most of them are in person, so you have to go in to receive either ketamine infusions or pills.

I was busy then, but it was in the back of my mind that I wanted to look into what experiences people were having with this. A few months later, I saw some clinicians discussing it on Twitter. They were pretty alarmed that people could get ketamine mailed to them, out of concern about people being medically and psychologically supported during the experiences. I went to Mindbloom’s Instagram page and started reading the comments and immediately noticed a lot of negative feedback. I saw people saying things like, “I paid the down payment, and I never got an appointment, and I’ve been trying to reach people for weeks.” A lot of them were logistics-related: “I can’t get ahold of anybody,” “I can’t make my appointment.” At that point, I really wanted to look into it. I started by reaching out to basically everybody who left a negative comment.

Is that how you found some of the patients to interview?

Yes, a lot of them came from people who had been expressing their disappointment online. After that, I went to Reddit, which has a big ketamine subreddit. I searched for Mindbloom, and there were dozens of posts about people’s experience with the company, so I reached out to lots of people that way as well. I think this story is about the role of teletherapy in psychedelic medicine and what kinds of support are needed both in terms of the experience itself and just the logistics. Many people who had complaints were about response time and waiting for appointments or other logistics concerns. That’s a really interesting component.

The experts that I spoke with were not the ones that I saw talking on Twitter; they were ones I’m familiar with in the community from having reported on this beat for several years. They’ve been really pioneering this work for the past many years, so they were the ones that I wanted to reach out to get their opinions about this model, what was good about it and their concerns about it.

You had some good details on what the company is charging and how this works. Was that available through the Instagram ads, or did you find that out from interviewing some of the clients?

The price is available on the website, so that was pretty easy to get. This piece involves some anonymous sourcing because people didn’t really want their name out there associated with the fact that they were ordering ketamine to their homes. When it comes to mental health stories, I’m usually pretty sympathetic to the fact that people don’t want it put out there that they’re struggling with mental health issues. But whenever I used anonymous sources, I tried to go a bit farther in verification. So I had every single source send me their receipts for how much they paid for the service, and then I could verify what the cost was through that as well as what was on the website.

Neither the company nor the doctor listed as their science director answered you directly. Were you surprised by that or not?

We always reach out for comment, especially when people are making allegations that things aren’t working smoothly. I sent a very detailed list of every single complaint that everybody had made that we were going to publish. And we really only got back a statement from them. It is what it is. I would have loved to hear some more feedback or explanation, or even something like, “We just started, and we’re working on this kind of stuff.” Dr. Paleos (listed as the science director) informed one of the Mindbloom clients that he’s only involved with the company now in a peripheral way, even though the emails that people get from the company are still signed with his name. We didn’t get any response from him either, which, again, was disappointing.

It read to me like an advocacy story because you mentioned that all ketamine doses are sent to people’s homes, and they could receive the wrong dose or overdose; company guides aren’t always available, and people are having trouble getting refunds. What was important to you in telling this story?

Psychedelic medicine and psychedelic research are super exciting. There’s a reason that as a mental health reporter, it’s taken up a large proportion of my time in the last few years. It shows a lot of potential and promise. There are a lot of people who are tapping into that, and they’re really excited for these treatments to become available. But in that ecosystem, we have to be really careful that vulnerable people don’t just get sucked in by the hype and sign up and spend lots of their own money for services for which we don’t really know the best framework yet.

For example, I think that this piece asked the question of not whether Mindbloom is a good or bad company, but whether or not telemedicine is really the approach for psychedelic therapy. We don’t even really know specifics about what extent of therapeutic support leads to the best outcomes. All the clinical trials for other psychedelics like psilocybin have an extensive psychotherapeutic component. It’s not just that you give the drug and people take it, and then they walk away, and they’re better. There’s a lot of relational work that goes with it. With ketamine, there’s a question there, too. People use it in different ways. Some clinics just give an infusion or pill, and there’s not really a therapy piece, but other people really work with it as an adjunct to psychotherapy. I think all of these things need to be researched more before we can say it works just as well to send it to somebody’s house, and they can do it by themselves.

What is the main take-home message you hope readers get from the story?

The main take-home message is just to be cautious, right? These are really powerful substances. It’s one of the reasons that everybody’s very excited about this potential treatment option — this could be really impactful for a lot of people. Ketamine therapists said in the piece that it’s a bit weird to say these are such powerful substances; they can really provide a lot of benefit in a short amount of time, and then on the flip side, say we’re just going to send them to your house, and you can take them by yourself. Both of those things can’t be true at the same time.

Although this is all super exciting, safety and efficacy are really the things that the psychedelic movement should focus on right now, and making sure that it provides as much benefit to many people but avoid some of the harms. There’s some pretty low-hanging fruit in terms of avoiding harm and in terms of people feeling supported. There should be somebody at the other end of the email that they can get back to and not just send money into the ether that disappears. Because it’s billed specifically as mental health treatment and for therapy, you’re going to have vulnerable, desperate people requesting this, who have tried other things that don’t work.