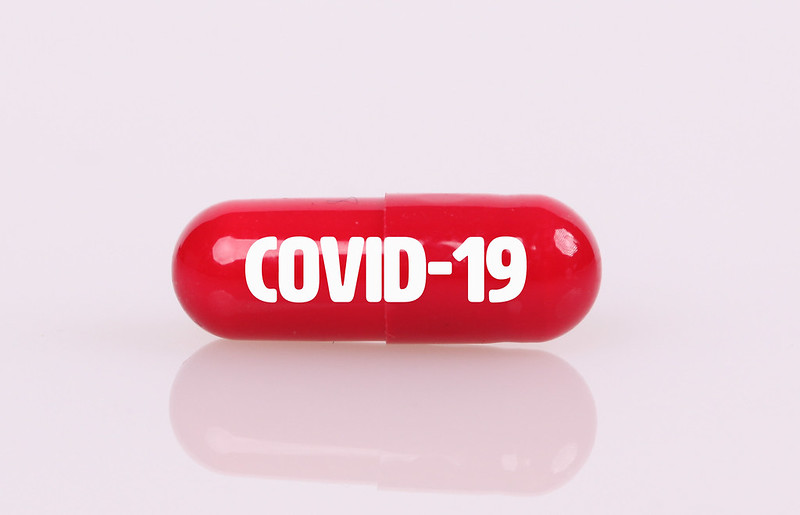 In mid-January, New York Times reporter Rebecca Robbins shared her personal story of hunting down the antiviral Paxlovid to successfully treat her 73-year-old mother, a cancer survivor who had developed a breakthrough case of COVID-19.

The article serves as a roadmap for reporters looking for story ideas about patients chasing down treatments for COVID-19. Robbins’ story also highlights health inequities, as it is nearly impossible for someone who isn’t well-versed in the health system to access Paxlovid, she explained.

Robbins said she looked through a federal database of chains, hospital systems and providers to find one that might have the drug. Then she had to find a physician who would prescribe it to her mother without requiring an in-office appointment. Once she was able to get a prescription, she had to pay delivery fees.

“The fact that the process was so hard for a journalist whose job it is to understand how Paxlovid gets delivered is not encouraging,” wrote Robbins.

Paxlovid is one of two antivirals (the other is Molnupiravir) that became available under the FDA’s emergency use authorization at the end of December. Antivirals are drugs that prevent viruses from replicating in the body, thus reducing illness.

Paxlovid and Molnupiravir are in extremely short supply and are currently only available with a prescription and for patients with the highest risk of developing severe illness from COVID-19. The government has pledged to buy 20 million treatment courses from Pfizer, the maker of Paxlovid, during 2022. As of Jan. 30, about 265,000 treatment courses have been allocated across the country, though Pfizer pledged to have about 10 million courses available by June 2022, according to the American Society of Health-System Pharmacists. As of the end of December, the government had contracted to buy 300,000 courses of Molnupiravir, manufactured by Merck.

“There are a lot of reasons why it will take time for the supply of Paxlovid to meet demand,” said Eric Maroyka, Pharm.D., B.C.P.S., senior director of the Center on Pharmacy Practice Advancement at the American Society of Health-System Pharmacists. “Not only is the need for oral antivirals in high demand thanks to Omicron, but a full course of therapy of Paxlovid also requires 30 tablets. So, a lot of medication is needed to treat just one patient. In this early-stage post-authorization, it takes time to get the production line organized for manufacturing.”

Robbins’ piece showcased the limited number of therapeutics currently available for COVID-19 — a gap that needs to be addressed given the expected waning immunity of vaccines, [as omicron has demonstrated], the number of people who are immunocompromised and don’t respond to vaccines and the millions of people who won’t or can’t get vaccinated globally. Drugs that can help prevent severe illness and hospitalization will be necessary for the world to move beyond the pandemic.

“It’s a huge part of the toolbox; if we can move everything upstream instead of trying to treat hospitalized patients with late-stage severe disease,” David Boulware, M.D., M.P.H., an infectious-disease physician at the University of Minnesota Medical School, told the Washington Post.

Researchers are currently looking at several approaches to treating COVID-19. Monoclonal antibodies, which are lab-produced molecules that can mimic the immune system’s antibodies and attack the virus before it enters cells; convalescent plasma, which makes use of blood plasma-derived from patients who have recovered from COVID-19, medications used to treat other diseases like certain steroids that reduce COVID-19’s disease-causing effects and antivirals.

As of the beginning of 2022, Remdesivir was the only antiviral that had gained full regulatory approval from the FDA to treat COVID-19. Remdesivir is delivered intravenously. There are 34 treatments that scientists say are the most talked about for treating COVID-19, according to this New York Times treatment tracker. Eight therapeutics are being used under the FDA’s emergency use authorization (including Paxlovid and Molnupiravir).

Omicron’s surge globally has led public health experts to call for the U.S. government to fund a “Warp Speed 2.0” to develop a repository of medical tools to fight expected future variants of SARS-CoV-2, the virus that causes COVID-19. [Operation Warp Speed is the federal program that resulted in the development of COVID vaccines in record time.]

“We need Operation Warp Speed — that kind of efficiency and focused coordinated effort on therapeutics, surveillance and other areas to address COVID,” said Zeke Emanuel, M.D., Ph.D., vice provost for global initiatives at the University of Pennsylvania, who has advised President Biden on pandemic policy.

In April 2021, the National Institutes of Health said it would invest $155 million in a clinical trial called ACTIV-6 to learn if seven already existing prescription and over-the-counter drugs can be used to prevent COVID-19. The agency is also supporting a global collaborative called the Coronavirus Immunotherapy Consortium to investigate antibody therapy treatments. In June 2021, the Biden administration said it would invest $3 billion into developing antivirals — The Antiviral Program for Pandemics — but no research projects have yet to be announced.