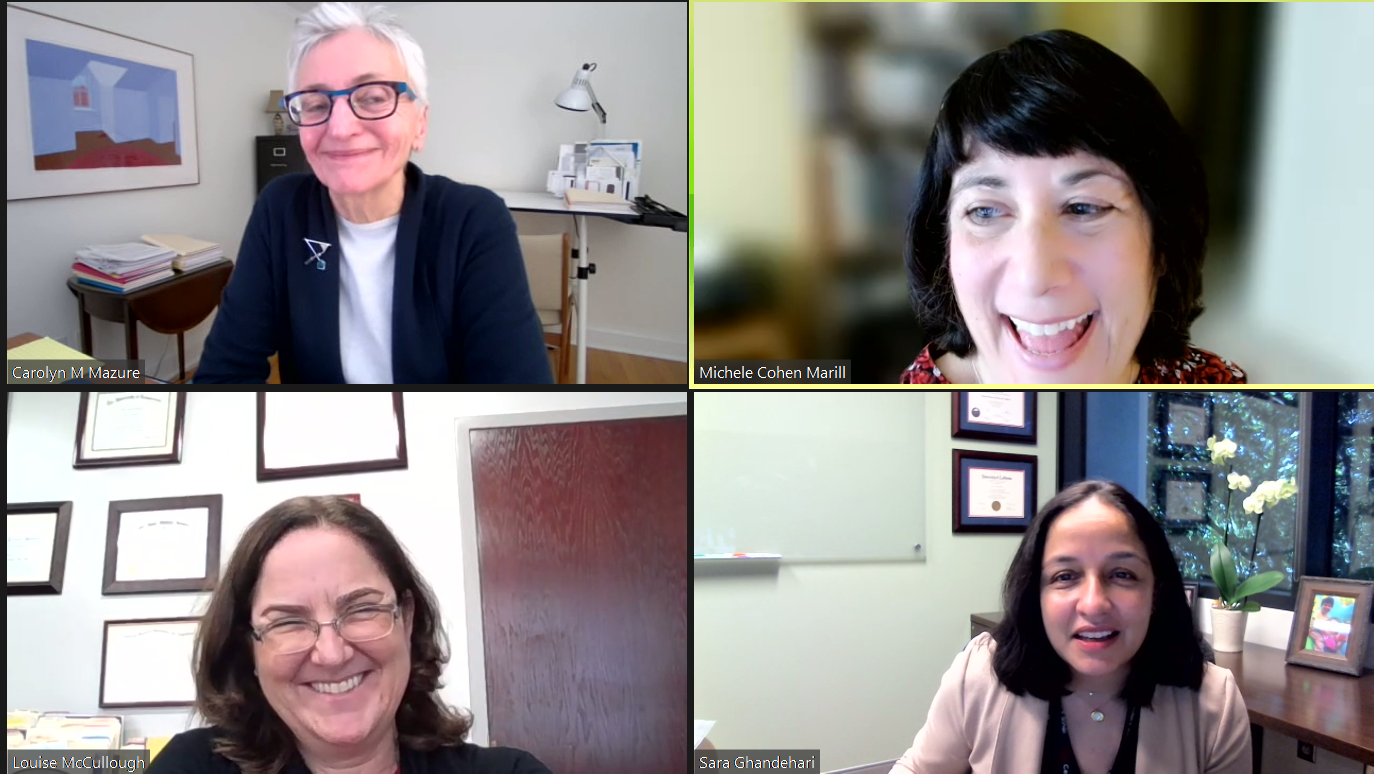 As widespread as the effects of the COVID-19 pandemic have been, there are differences reporters need to understand — and those sex- and gender-based differences aren’t unique to the way this pandemic has played out. They’re apparent in many other aspects of health.

That was the big takeaway from Wednesday’s AHCJ webcast, hosted by independent journalist Michele Cohen Marill. Panelists were:

McCullough laid the foundation for the conversation by explaining the difference between sex and gender this way: Sex is biological, while gender is about your perception or society’s perception of your sex.

In terms of the physical impact of COVID-19, men tend to experience more devastating disease and have a higher risk of mortality, while women are more likely to have long-haul symptoms. But there are gender differences when it comes to the impact of the pandemic on mental health, Mazure pointed out, which are related to the kind of work women do within and outside the household.

“If you don’t look for sex differences you won’t find them, but they’re there,” McCullough said.

Panelists agreed that highlighting sex differences in health reporting is crucial. “We cannot allow this to be dropped. We have to raise awareness,” Mazure said.

Ghandehari talked about her research on hormonal differences that may also play a role in COVID sex differences. She pointed out that progesterone-based therapy has long been studied as a treatment for neurologic injuries and influenza. One pilot clinical trial examining the role of progesterone as a treatment for hospitalized men with COVID-19 revealed that injections of this female hormone might reduce disease severity in certain male patients, she said.

“This is something that requires further thought and studies,” she said.

Mental health and the pandemic

Stress tends to have a more potent effect on women due to biological considerations and because they are likely to be affected when unwanted events occur, Mazure said.  Also, there may be greater co-occurring gender disparities, she added.

“I think it would be extremely helpful if journalists could write about how research works,” said Mazure.

Mazure also discussed how a New York Times opinion piece written by Ezekiel Emanuel M.D., Ph.D., highlighted the fact that men are dying at higher rates from COVID and Emanuel’s outrage about how sex differences are significantly understudied.

“Join with people who are concerned about the health of men,” said Mazure. By including women as participants and having the opportunity to study sex differences can really elevate the health of men as well as women.”

McCullough ended the webcast on a hopeful note. “[The pandemic] may be a great opportunity,” she said. “Maybe there will be a silver lining, and maybe people will start to pay attention to this because it’s so striking.

“This is real, and a lot of us have been talking about this for many years…we shouldn’t give up,” Ghandehari said. “Eventually, we will make a difference.”

Tips for reporters covering this topic