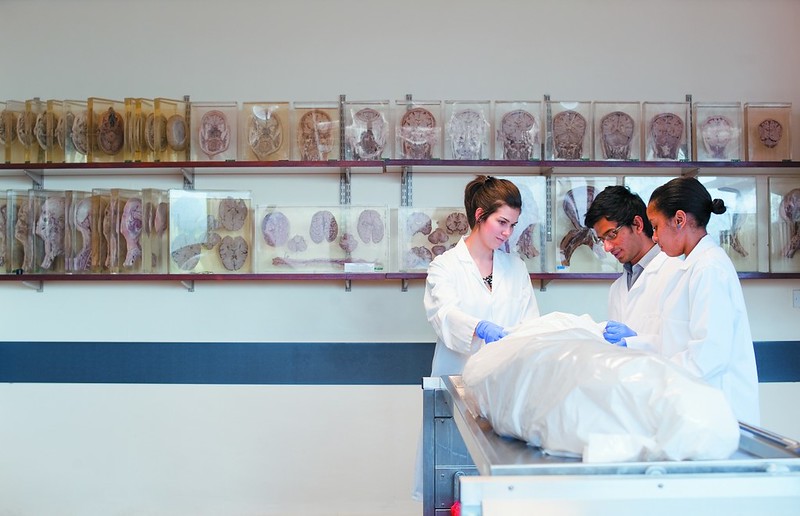 Throughout my reporting of the pandemic, I’ve made an explicit effort to interview many more women than men, especially women of color. I’ve done that because the popular perception of a “doctor” remains a white male, and I believe that one way I can contribute to changing that mindset is to be more inclusive about who I show doing a job.

That’s why a new research letter in JAMA Surgery on representation in medical school faculty caught my eye. In short, it found low diversity overall among surgery faculty and residents and revealed that having more underrepresented minorities among the faculty was correlated with more students from those groups. Neither of those findings is necessarily surprising, but they have two major implications for journalists reporting on a study that requires an expert source in surgery:

Researchers used data from the American Association of Medical Colleges to assess the race, ethnicity, and sex of medical students and full-time surgical faculty members. (Note: Although the study states that it assessed the sex of faculty members, it seems more likely they were assessing gender, a common conflation that occurs in research.) One interesting aspect of this study is that investigators look specifically at “underrepresented” groups as opposed to “minority” groups. The difference is significant given that certain minority groups are overrepresented in medical subspecialties.

The authors identified the following four racial and ethnic groups as underrepresented: American Indian/Alaskan Native, Black/African American, Native Hawaiian/other Pacific Islander, and Hispanic/Latino/of Spanish origin. (I found it interesting and savvy that the authors included different variations of demographic identifiers in their description, given the long-standing ambiguity in journalism about whether, for example, it’s more appropriate to use “Black” vs “African-American,” or “Latino” vs “Hispanic.”)

Overall, members of underrepresented groups made up 12.5% of medical students and 10% of faculty. Although the proportion of underrepresented minorities among students has increased by about 0.5% each year, no corresponding change has occurred among these groups in faculty since 2011. By contrast, the proportion of female faculty members increased from 19% in 2011-2012 to 26% in 2019-2020. No similar change occurred in terms of female representation among medical students.

Unsurprisingly, the schools with a higher proportion of underrepresented minorities among their faculty also had more students from these groups.

“Although limited in the ability to draw causative conclusions in this cohort study, our findings suggest that efforts to diversify faculties may improve representation among future generations of physicians,” the authors wrote. “Intentional and thoughtfully constructed initiatives should become and remain a priority at all stages of medical training, but particularly in the retention, recruitment, and support of faculty members who are [members of underrepresented minority groups].”

Representation matters, and if we want to live in a more inclusive society, we have to show how diverse careers can be. Reporters can do that by making an extra effort to interview members of underrepresented groups in this field and others with low levels of diversity. Just as importantly, finding diverse sources means there’s less likelihood of inadvertently neglecting perspectives essential to understanding the issues we’re reporting on.