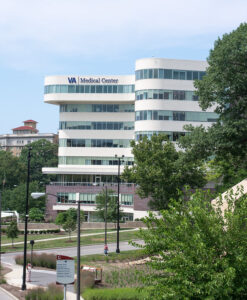 Countless media reports have looked at the devastating effects of COVID-19 in private and public nursing homes since the start of the pandemic. However, it can be more challenging to find out how our nation’s veterans have fared: some VA nursing homes are overseen by the federal government, others are run by individual states. As Politico’s executive health care editor, Joanne Kenen writes in this “How we did it,” as more horror stories bubbled up to the surface, it was time to take a closer look. She pulled a team together for a deeper dive into how these veterans’ homes had failed those who had risked it all for our country.

In all my years covering health care, with a significant amount focused on aging — I had never heard of a state veterans homes (SVHs) — basically, nursing homes for veterans.

During the pandemic, I began seeing tweets about high death tolls in these homes (and some good local journalism on them). I got curious and reached out to three Politico colleagues, Allan Vestal, a data reporter with experience investigating nursing homes, Darius Tahir, who covers aspects of the veteran affairs (VA) and our enterprise editor Peter Canellos.

Six months later we produced a 6000-word-plus report documenting how these homes had failed aging veterans who had put their lives on the line for our country. As we wrote, “Soldiers who’d survived battles couldn’t survive the pandemic, as viruses spread through many VA homes that lacked proper controls.”

I’m going to walk you through some of what we learned and the resources we used to do this project. Oversight, regulation and performance vary from state to state, but you can adapt these lessons and tools to do some very worthwhile accountability reporting in your own state or community.

A few days after we published, Sen. Chuck Grassley, citing our work and that of some local reporters, asked the VA for some answers. Some U.S. House members are also considering offering legislation. Changes are afoot in some state legislatures as well.

Here are our key findings — which can guide your reporting as you adapt them to your state or community:

Resources we used to get the story

CMS includes the homes it oversees on the national Covid-19 Nursing home data. Allan built a database where we tracked infection and deaths and other characteristics of the homes.

GAO reports, some of which include data we used to draw comparisons between the state homes and the VA run CLCs. (Here’s one key recent one)

Local media reports helped us gauge problems, select which states to highlight and identify local sources in the community or state government. (In some states, we couldn’t find more than a few short news stories — and often from early 2020.)

Congressional hearings and transcripts. This one from a July 2020 House Veterans Affairs Committee hearing was probably the single most useful.

Interviews with lawmakers and Congressional staff, both on record and background. (Some state lawmakers have been on top of this issue.)

VA advocacy groups (national spokesmen and state chapters) helped us find some relatives of deceased vets to interview including, the Vietnam Vets of America, Iraq and Afghanistan Veterans of America, or IAVA, and the American Legion.

The VA’s press office answered questions via email, but as we noted in the story, they did not engage in conversation with us, which would have been more fruitful and detailed. Nor did they comply with our request to give Allan a chance to discuss his data analysis with their experts. Both Darius and I had other sources within the VA who spoke to us on background.

We should note that Secretary Denis McDonough did respond to Darius’s questions at a news conference, and both former VA Secretaries Shulkin and Robert Wilkie did on the record interviews.

Every state has its own veteran’s agency — we contacted a few of them; some of them in turn referred us to the state health department.

Things to keep in mind

Every state and home is different. With the available data, it’s hard to calculate infection and death rates. The homes’ capacity is measured per bed — but more than one veteran can occupy that bed each year, given that residents may leave or die (and during the peak of COVID in nursing homes prior to vaccination, new residents didn’t always come in to fill the vacancies.) Sometimes it can look like more than 100% of residents got sick! You need to explain that — and the limitations of the available data.

Many “regular” or civilian non-vet homes had high COVID deaths too — we included some data on that. But be careful about making comparisons — it’s not always apples to apples. The patient populations aren’t identical, for one thing, either in terms of the racial and ethnic makeup, or in how sick they are and what conditions they had. A subgroup of the SVHs is more like assisted living than a nursing home; some of the state veteran nursing homes had an assisted living section. Some states have started reforms or begun a re-evaluation of their use of private contractors.

This isn’t a definitive list of strong local coverage, but they are good examples.