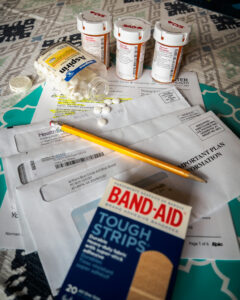 The unveiling of a new federal rule last week to prevent “surprise” medical bills is worth covering on its own merit. The expected lobbying battle about this rule also could provide a good news peg for digging into one of the key debates about what’s causing the cost of health care to continue its rise in the U.S.

At the heart of recent battles over surprise bills is the question of how much insurers should pay for out-of-network medical care.

The Biden administration’s rule leans toward using payment rates already established within insurers’ networks in resolving disputes about out-of-network care. Known as the qualifying payment amount (QPA), this benchmark is pegged to the median contracted rate. Other factors may be considered in resolving payment disputes, but QPA is described as something akin to a stand-in for an “appropriate” out-of-network rate in the rule.

In the view of the American Medical Association (AMA), though, the rule is an “an undeserved gift to the insurance industry.” Medical specialties most likely to be affected by the rule also criticized the measure, saying it would put physicians at a disadvantage in negotiations.

The new rule is part of an effort to put in place consumer protections that Congress mandated last year. Lawmakers did this by wrapping a bill, known as the No Surprises Act, into a massive spending package enacted in December 2020. (Katie Keith, Jack Hoadley and Kevin Lucia recapped the history of the law and offered a summary of aspects of the new rule in this Oct. 2 Health Affairs article.)

Lawmakers faced significant pressure to address surprise medical bills, due in large part to the reporting of journalists including Sarah Kliff of The New York Times and the contributors to the “Bill of the Month” series from Kaiser Health News and NPR.

Their stories highlighted a potential financial risk faced by many Americans. Many people who already had paid for health insurance faced shocking bills after inadvertently getting medical care from doctors and hospitals who were outside of their insurers’ networks.

Members of Congress wanted patients taken out of the fights over out-of-network bills. But they left to federal agencies the tough decisions about setting up federal standards for resolving these disputes. (Many states earlier enacted protections, but these did not apply to people whose companies opt to self-insure. The Commonwealth Fund has an interactive website that shows actions states have taken on surprise medical billing.)

Two of the members of Congress with the most influence on health policy praised the approach the Biden administration chose for the rule.

In a joint statement, House Energy and Commerce Chairman Frank Pallone (D-N.J.) and Sen. Patty Murray (D-Wash.), who leads her chamber’s health committee, said the rule implements the No Surprises Act just as intended. The lawmakers said the rule would result in a “fair payment resolution process between providers and insurers while finally taking patients out of the middle.”

The rule “is a significant new protection for families across the country that will save countless patients from being forced to foot the bill for care they thought was covered by their insurance,” Pallone and Murray said in the statement.

In putting forward this rule on surprise medical bills, HHS and its partners, including the Labor and Treasury departments, opted for a regulatory fast-track option.

The support of key Democrats for the rule doesn’t mean there won’t be a battle over changing the approach to dispute resolution.

Only about 15% of physicians, on average, bill on an out-of-network basis, said the Department of Health and Human Services (HHS) and the federal partner agencies that created the new rule. Emergency physicians, radiologists and anesthesiologists were among the specialists most likely to generate surprise medical bills for their patients.

Not surprisingly, organizations representing these fields of medicine joined the AMA in condemning the rule.

In statements, the American College of Emergency Physicians (ACEP), the American College of Radiology (ACR) and the American Society of Anesthesiologists urged the Biden administration to revise the rule. The dispute process outlined in the rule gives too much clout to “the artificially low Qualified Payment Amount (QPA) set by insurance companies, rather than giving equal weight to a mix of other factors,” ACEP said.

Hospital lobbyists also are pressing for changes. The rule unveiled last week “essentially puts a thumb on the scale benefiting insurers against providers and will over time reduce patient access,” said Chip Kahn, chief executive of the Federation of American Hospitals, in a statement.

In framing its arguments against the new rule, the AMA pointed to consolidation among health plans as a driver of medical costs and “a root cause of the surprise medical billing problem.” With increased bargaining power, insurers may leave some physicians out of their networks, AMA said.

Yet, insurers and researchers have for years raised concerns about hospital consolidation and physician practices as causes of rising medical costs. In response, the Federal Trade Commission (FTC) is in the midst of a major study of the effects of consolidation, as described in an April blog.

In reporting on the battles on the surprise-billing rules, journalists have a chance to help their audiences understand some of the bigger dynamics at place in health care. We seem to be in what might be called a vicious cycle of consolidation, with insurers growing in size to negotiate with large groups of hospitals and physicians.

Here are a few resources for getting up to speed on trends in consolidation in U.S. health care: