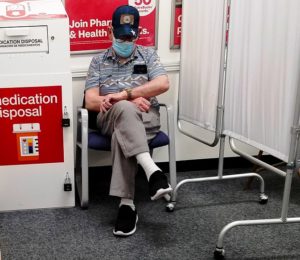 In the past month, there have been a growing number of U.S. studies showing that because of the SARS-CoV-2 delta variant, COVID-19 vaccines aren’t as effective in preventing infection as they were with the original 2020 coronavirus strain. But the data still show they are strongly protective against hospitalization and death.

The significance is that the studies were conducted in the U.S. Last month, the CDC changed its indoor mask mandate recommendations for fully vaccinated people as initial studies, mostly from other countries, had begun showing that with the delta variant, COVID-19 vaccines weren’t as effective in preventing infection as they were with the original strain.

On Aug. 18, the CDC released a study, conducted between May 3 and July 25, comparing New York state’s more than 11 million fully and partially vaccinated residents to unvaccinated residents, which showed effectiveness against COVID-19 infection had fallen to 79.8% from 91.7% as the delta variant spread. But there were still significantly fewer hospitalizations among the vaccinated.

On Aug. 24, the CDC released another study conducted between December 2020 and August 14, 2021, involving 4,136 vaccinated and unvaccinated frontline health care workers in eight U.S. locations in six states that showed as delta vaccine effectiveness against infection dropped to 66% from 91% as an increasing number of delta cases were circulating. For context, this study was conducted of people who are at highest risk for COVID-19 exposure, and the authors of the study said its conclusions “should be interpreted with caution because [vaccine effectiveness] might also be declining as time since vaccination increases and because of poor precision in estimates due to limited number of weeks of observation and few infections among participants.”

Also on Aug. 24, the CDC published a study of Los Angeles residents. The study involved 43,127 confirmed COVID-19 infections between May 1 and July 25. That data showed that an unvaccinated person was 4.9 times more likely to become infected and 29.2 times more likely to become sick enough to need hospitalization, compared with a vaccinated person.

“We have begun to see effectiveness of the vaccine for the prevention of COVID infections with the delta variant to be waning, and discussions are ongoing about the need of booster doses,” Dr. Kathryn M. Edwards, Vanderbilt University School of Medicine professor of pediatrics said during an Infectious Disease Society of America briefing Thursday, Aug. 26.

President Biden announced that due to the waning effectiveness of vaccines against infection, the administration has directed health care providers to begin planning to provide booster shots as soon as six months after full vaccination, in September. The decision has been controversial among scientists, who say the data isn’t there yet to know whether booster shots are necessary, and there are billions of people across the world who have yet to receive a single dose.

A formal decision on booster shots will come next week when the CDC’s Advisory Committee on Immunization Practices meets on Aug. 30. The committee will discuss whether booster shots should be provided and when, based on the kind of vaccine a person initially received. Media will be able to watch the Monday meeting free at 10 a.m. ET.

To cover the latest COVID-19 updates, check out this AHCJ story from July 30, which provides a number of resources for reporters.