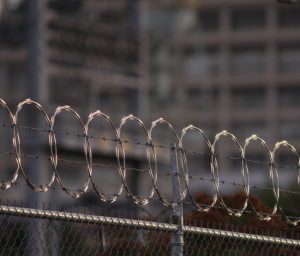 The pandemic has had a significant impact on prison populations, where there have been almost 400,000 positive cases across the country and 2,700 inmates have died.

Lisa Armstrong has been delving into the spread of COVID-19 and its painful impact. She has been supported in her work through grants from Type Investigations, The Carter Center and the Fund for Investigative Journalism/Schuster Institute for Investigative Journalism. She has written about the spread of the coronavirus in New York state prisons and Miami jails and produced a documentary for CBS News about the role mental health care provided by for-profit companies has played in an increase in suicides in state prisons.

Armstrong, who is also a professor at the University of California, Berkeley Graduate School of Journalism, was a 2020-2021 Knight-Wallace Reporting Fellow, 2019 United States Artists Fellow in Writing and a 2018 Justice Reporting Fellow for the John Jay/Langeloth Foundation Fellowship on Reinventing Solitary Confinement.

I talked to her about how she conceived of a recent story for Mother Jones, about the challenges she faces in reporting about prison populations, and advice to journalists about how to find sources and data in writing about incarceration and COVID-19.

Talk about how you conceived the story “Old people in prison were left to die from COVID. It didn’t have to be that way.”

I’ve been reporting on incarceration for several years. Last March, I started reporting on COVID-19 and [correctional] facilities. That came about as a result of people I know who were in New York state prisons. They were calling me about being afraid of getting the virus and then, as it turned out, somebody died. I actually broke the story of the first COVID death in New York state prisons because someone who’d been calling me said: ‘You know, we heard someone died.’ And then I confirmed with the medical examiner’s office that this person had died from COVID-19.

How did you find the people to talk to that you featured in your story?

I was interested in what was happening to older folks because they were part of the most vulnerable populations. I started doing searches on older folks who are in prison in New York… and to focus on geriatric facilities. I found information about Deerfield [Correctional Center],  which is the prison that I focus on the most in the story, where most of the people in the facility at some point had COVID. I went to the American Civil Liberties Union because they’d filed a lawsuit [against the Virginia Department of Corrections] and I asked them if they could put me in contact with any people there. I also posted on Facebook groups, saying that I was looking for people who had loved ones at Deerfield, and I found some people that way.

So part of how you were able to do this story is that you already had an established network of people in correctional facilities that you were talking to?

It takes time to build trust, and I already had that trust built. Last spring, because I already knew people [in correctional facilities], they came to me with a story. They were the ones calling and saying: ‘We’re scared because we feel like this person just died of COVID.’ I think it’s really about maintaining sources like maintaining relationships with sources over a period of time.

You mentioned that you found some people on Facebook. How did you do that? Are there Facebook groups for families with people in prison?

Yes. People post about loved ones in facilities. I just did a search for like ‘Virginia prisons,’ or ‘New York prisons’ or ‘Florida prisons’ and then see what comes up. Then I just went to the people who moderate those groups, explained what I was doing and asked if they would post [my request].

Have you received any reaction to the story?

One of the spokespeople at the Virginia Department of Corrections wrote me and was upset. These are people who I wrote to… like six or seven times. I filed a Freedom of Information Act and really tried to get information from them. But [the spokesperson] would not answer any of the questions. He wrote me after the [the story published] to say that he felt like the department had been unfairly portrayed. And I said: ‘I did ask [for answers] several times.’ I even forwarded him my email thread and I said: ‘You know, you can see from that email thread, how many times I reached out’ … but I’ve had this before, where people [at corrections facilities] just don’t respond at all. 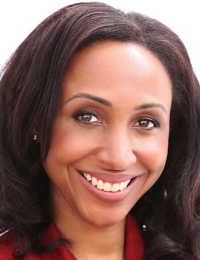 That sounds like a big obstacle to doing your work. How do you deal with that?

I try to verify as much as I can [without their response.] For instance, for the lead of my story, I was told the story by one person that the doctor came to the building [in response to prisoners’ COVID-19 infections] but just stood outside. I said to [the person who told me that story] that I can’t just put it in just because of you telling me this. So, I asked: ‘Are there other people who were there who can tell me what happened?’ And I ended up speaking to three other people, just to get their accounts of what happened. They all did confirm that they were yelling at the doctor to come into [the building] to help, and he didn’t come in. So, you know, to the extent that I can, I will try to verify information with other people who were there.

You mentioned earlier that you filed a FOIA requests for your story and you just didn’t get an answer. Can you talk about that?

I filed FOIA requests in February or March and I just kept [getting told] they needed more time. What I was asking for was not significant. I just wanted to know the number of people in the [state] facilities who are over 55, and the number of people over 55 who actually had been released early. So, New York didn’t respond, Virginia gave me some data but not what I asked for. But that’s generally my experience with filing FOIAs. Either people don’t respond or wait until they think my deadline has passed and then respond.

Is FOIA the best way to get information about the prison population?

I’ve had to do [FOIAs] for a lot of this work. Otherwise, I don’t often get information. For example, I wrote a story for The New Yorker a few years ago about a young man who was 17 at the time and he was held in solitary confinement while he was in jail, and … I wanted to get his disciplinary record because the prison was saying: ‘Well, you know, he’s doing this, he’s doing that, ….so we have to isolate him.’ And so I had to file a FOIA to get that. I did a story a few years ago for CBS and HuffPost, and they wanted to get records pertaining to a specific young woman in Arizona. And again, I had to file a FOIA for that. It took them like nine months to actually give me what I asked for.

What are the best resources for data when writing about correctional facilities and COVID-19?

A good resource is The Sentencing Project because they do all these reports. Sometimes universities do good research, like UCLA has done some research on COVID-19 and facilities [called the COVID behind bars data project]. NYU is doing good research through its fighting COVID behind bars project. The Department of Justice Bureau of Justice Statistics has data [but] release their data very slowly. With anything to do with incarceration, data is pretty hard to come by.