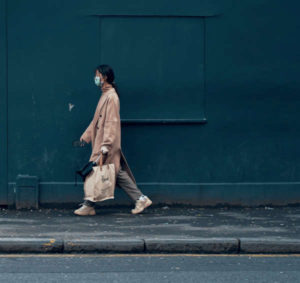 Photo by Ross Sneddon via Unsplash.

The first of four briefs Mental Health America will release in 2021 has concluded that 38% of 725,949 people who completed the organization’s clinically validated mental health screening had suicidal thoughts in 2020.

The “Suicide and COVID-19: Communities in Need Across America” brief is based on an analysis of those individuals’ answers to questions in the organization’s online screening tool. In total, 2.6 million users did that voluntary screening in 2020, the highest number since Mental Health America in 2014 launched the screening, which allows deep analysis zip code by zip code of who’s in mental distress.

Of the nearly 726,000 people suffering from suicidal ideation or considering harming themselves in other ways, 277,000 had disclosed those thoughts while doing Mental Health America’s screening for depression.

The next Mental Health American brief, which will parse information provided by those screened for severe depression, will be released around Aug. 11, said Jillian Hughes, the organization’s communications director.

The remaining, separate analyses of psychosis and post-traumatic stress disorder will be released by year’s end, but no precise dates have been set, Hughes said.

Other findings of the initial brief, released in May, are:

The aim of Mental Health America’s brief is, in part, to fill in data gaps that seem especially critical during a period of heightened awareness and discussion of mental health and enrollment of a disproportionate number of first-ever patients in mental health care, Hughes added. Also, it fills in a gap because the federal Substance Abuse and Mental Health Services Administration generally takes several years to update its data.

As Mental Health America continues adding to its data, so far in 2021, it appears that more people have done the organization’s screening than during all of 2020, Hughes said. Her organization will know that definitively after it completes its January through July 2021 analysis.

“I don’t think more people taking a screen necessarily means we are doing worse,” Hughes said, regarding 2020 versus 2021 mental stresses. “It speaks to awareness. The biggest athlete on the world stage has been talking about her mental health … in a period of people really reflecting on their mental health.”

Hughes was alluding to gymnast Simone Biles, who openly acknowledged the mental strain she was experiencing in her withdrawal from several events.