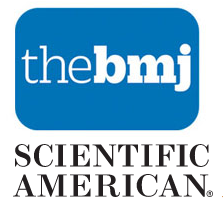 Freelancers need to understand what editors want in a pitch to successfully sell story ideas. For example, some editors say they are too busy to read more than a paragraph or two while others want a detailed description of the story, a list of sources, and an explanation of why the freelancer is the best person for the assignment. In addition, freelancers need to know what a publication pays to determine if writing for it is worth the effort.

But it’s not always easy to find information about pitch requirements and fees; not all publications post freelance guidelines on their websites.

AHCJ’s market guides — there are 18 of them on the website — try to fill that gap. I am reaching out to editors so I can update the guides and add new ones. I am also adding dates to each guide so that members know how up-to-date the information is. Recently revised guides for The BMJ and Scientific American are now up on the AHCJ website.

The BMJ is an international medical journal based in London that carries research and  journalism and encourages pitches from freelancers. Its readers are predominantly physicians and scientists. International features editor Mun-Keat Looi says he prefers pitches for stories that could be considered “evergreen” rather than ideas tied to the news. “Get in touch as soon as you have an idea to sound me out,” says Mun-Keat, adding that most of the non-U.K. features appear online.

Until early 2020, AHCJ member Joanne Silberner was The BMJ editor in London taking pitches from  U.S.-based freelancers. After that 15-month assignment ended, Silberner returned to Seattle and has been freelancing for the publication and other media outlets. She says she conducts from two to five interviews for a BMJ feature story. “If it’s going to be five or more or a very in-depth story, then you can ask for more money,” she said.

Silberner says that Mun-Keat responds quickly to pitches, which she keeps brief. “I can leave out the paragraph of who I am because they know me. But I do put in why it should be me, what I know about this, why it’s relevant to his audience,” she says. The BMJ is interested in stories about how the U.S. healthcare system is faring — what is working or not working here, she said. It also takes obituaries, which she enjoys writing, she says, adding that freelancers shouldn’t worry about trying to use British English in their pitches and stories.

Josh Fischman, senior health and medicine editor at Scientific American, is the person to pitch feature ideas. In an email, Fischman gave the following guidance to freelancers who want to write for the popular magazine.

“Our journalism combines clear explanations and a story structure that easily carries readers along with the flow, so it helps if your proposal captures that spirit.

Fischman pointed to this story as a good example of a feature written by a freelancer.

If you have suggestions for publications you would like added to the market guides list, email freelance@healthjournalism.org.