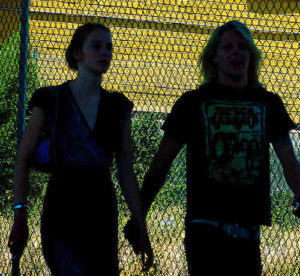 The history of inequity in medical studies is long and harrowing, and it continues today. But at least today, there is more awareness of the history and the present-day problems that persist. For example, the Endocrine Society recently released a scientific statement demanding more research into sex differences for the sake of public health.

The fact that males and females — not to mention individuals who do not identify as either binary category — do not respond the same way to different diseases, drugs and other interventions has been a relatively new development in the history of clinical trials. As recently as 1977, women of childbearing age were explicitly excluded by the FDA from phase 1 and 2 drug trials. In practice, that often extended to phase 3 trials and other types of studies for various reasons.

The most apparent reason, influenced especially by the thalidomide disaster of the 1950s and 1960s (though it was never used in the U.S.), was concern that a woman could become pregnant during the trial and the drug would have adverse effects on the fetus. But the ban even included women who were using reliable contraception or married to husbands who had had vasectomies. Another reason for excluding women was concern that hormonal changes in women’s bodies, both monthly and over a lifetime, could interfere with learning about a drug. The irony is frustrating since this is the very reason such data is needed. But researchers have believed for too long that what happened in men’s bodies was adequate to foretell what would also happen in women’s bodies. If they could learn from men and apply it to both men and women, why bother with the challenges of those pesky changing hormones in women during a clinical trial?

It wasn’t until 1986 that the National Institutes of Health began officially encouraging researchers to include women in clinical trials. It took four more years for a federal report to be issued on the continued exclusion of women in trials. Then in 1993, two years after Bernadine Healy became the first director of the NIH, Congress passed a law requiring medical research to include women and minorities, among other conditions.

Still, the problem of inequitable inclusion of women — and particularly the problems surrounding testing drugs in pregnant women — continues today and was likely was among the for The Endocrine Society’s statement.

“Without exploring sex differences, some drug candidates that could be beneficial to women never have the chance to make it to market,” Aditi Bhargava, Ph.D., chair of the committee that wrote the statement, said in a press release. “The process of developing drugs using only males of a species in pre-clinical studies likely contributes to the higher rates of adverse drug reactions in women compared to men, failure to see efficacy in clinical trials and translation to therapeutics.”

But historical inequities with women certainly wasn’t the only reason for the statement. They point out that men are disproportionately affected by COVID-19, with more than double the fatality rate as women.

What does all this mean for journalists? It’s mainly a call to pay attention. When writing about medical studies:

2 thoughts on “How well do clinical studies take sex and gender differences into account?”