Journalist, author, and editor Maya Dusenbery first became interested in why women are so often misdiagnosed about five years ago, right after she learned she had rheumatoid arthritis, a chronic autoimmune disease.

Dusenbery, an executive editor at Feministing and author of “Doing Harm: The Truth About How Bad Medicine and Lazy Science Leave Women Dismissed, Misdiagnosed, and Sick,” spoke at the recent Society to Improve Diagnosis in Medicine conference about her research and reporting on the gender gap surrounding medical diagnosis. END_OF_DOCUMENT_TOKEN_TO_BE_REPLACED 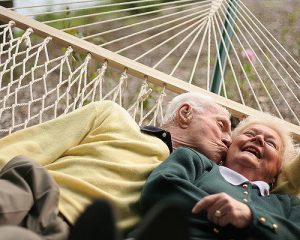 Now that I have your attention, let’s talk about it. There’s good news and bad news on the older adult sexual health front.

First the good news, at least if you’re an older woman. Frequent, enjoyable sex can lower risk of hypertension according to a new study by researchers at Michigan State University. END_OF_DOCUMENT_TOKEN_TO_BE_REPLACED

Well, not exactly. The study found an association between sex and wages. As self-reported sex increased, so too, did income. Of course, that doesn’t mean that having more sex causes people to make more money, a point that wasn’t stressed clearly enough in some articles for Scientific American blogger Evelyn Lamb’s tastes. END_OF_DOCUMENT_TOKEN_TO_BE_REPLACED

You may have seen — and let’s face it — given a giant eye roll to a recent studythat claimed men who helped out with chores traditionally deemed the province of women, i.e. laundry, dishes, and dusting, had less sex than men who cut the grass and changed the oil but generally left the more feminine chores to their wives.

One of the best ledes came from The Telegraph’s Michael Hanlon:

The relationship between sex, marriage and gender roles is so complex that unravelling it makes the work of the Large Hadron Collider look like playschool.

Hanlon’s story had plenty of strengths, including a quote from an expert who questioned the reliability of the data:

The fact is that people lie about, or at least misremember, how much housework they do almost as much as they lie about the amount of sex they are having.

His expert also pointed out that the two variables – sex and housework – might correlate, but may not necessarily be causal. END_OF_DOCUMENT_TOKEN_TO_BE_REPLACED