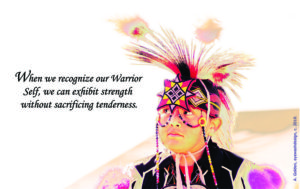 The American Psychological Association’s Psychological Services journal is preparing to announce its first call for papers in the field of “practice-based evidence,” a body of research about mental health treatments primarily derived from analyses of evidence-based practice but enlarged by what clinicians of color, in particular, are seeing in community-based and -informed clinical practice.

Greater attention to this area of study would be a significant shift from the “evidence-based research” and practices derived from clinical trials that now strongly influence everything from the types of mental health care that health insurers will pay for to the areas of mental health research that get funded. According to critics, over-reliance on more rigidly designed and conducted studies, which often end up recruiting a disproportionate number of white and middle-class trial participants, results in standards of care that don’t address the lived experience of communities of color, particularly in rural areas.

The result is that persons of color often either lack access to mental health care approaches that would better meet their needs or opt not to get it at all. In addition, the comparatively small pool of researchers of color seeking funding for practice-based studies have greater challenges in obtaining it.

Last week, both situations were discussed by participants in a June 23 AHCJ panel on barriers and challenges to mental health care in rural America.

“We’ve been pushing for these changes (in research protocols) for the last 25 years, if not longer,” said psychologist and researcher Jacqueline Gray, associate director of the University of North Dakota School of Medicine & Health Sciences’ Center for Rural Health for Indigenous programs. Gray is on the editorial board for Psychological Services, which she said has not yet set a date for issuing its inaugural call for research on practice-based evidence.

One such example is a mental wellness project in the Northwest that teaches Native American youth how to build the traditional canoes long used by their tribe’s fishermen. In the process, the youth are exposed to spiritual practices and other rituals that can help them build resilience against the societal pressures contributing to alcoholism and suicide.

“I’m hoping it will bring more culturally based treatments into light and acceptability, like what the healing of the canoe is doing in areas of substance abuse and suicide prevention,” Gray said, “It is bringing a cultural approach that goes back thousands of years. They bring youth in and … take them out on a voyage … It helps, really helps.”

Another example of the care that might be more qualitatively provable than quantitatively is the use of equine therapy among Native Americans, whose culture traditionally has had a more sacred and kindred relationship with horses and other animals, Gray said.

Even so, given the differences and distances between evidence-based practice and practice-based evidence, some current mental health research aims to be a bridge and way forward. Gray noted, for example, that primary care physician Dr. Donald Warne, director of Indian Medicine at the University of North Dakota and a keynote speaker at AHCJ’s 2018 national conference, is leading research on stress-indicating cortisol levels among individuals who as children were involuntarily taken from their families and placed in boarding schools that employed often abusive practices to strip them of their indigenous identities and assimilate them into European American culture. (The federal government recently announced an investigation of unmarked graves found on the grounds of many of these schools.)

“We have to bring to this the science of things we already know,” said Gray, a member of the University of North Dakota’s institutional review board that oversees its National Institutes of Health-approved medical research. “That is the only way we can get NIH to fund it.”

Psychologist Tiffany Haynes, also part of the AHCJ rural health conference panel, said proving the merits of practice-based evidence will require upending current research schemes and a broader public discussion — including in the media — of what actually works.

“We saw this pendulum swing to this need for evidence,” said Haynes, co-director of the University of Arkansas for Medical Sciences Translational Research Institute. Her research has included studies of African-American mental health in Arkansas’ largely impoverished Delta region. “In mental health, historically, there was a lot of room to practice. We’ve done these hardcore randomized trials, other clinical trials where you could say, ‘This is what works.’ But we’ve also had to legitimize ourselves and our patients and their needs in this field, in ways that do not show up in those randomized trials.”

“We’re not simply talking superficially about what happened in your childhood,” she added. “We have some evidence … and the evidence that’s being presented in the most complex clinical trials doesn’t necessarily show up in real-life practice.”

Haynes said the field does need a foundation of science, so clinical trials are helpful. “But they may not consider the preferences of patients who, especially in rural settings, when we do psychological interventions, may not want to take prescribed medicine,” Haynes said. “We are not seeing in clinical trials the most complex cases of African Americans or Latinos represented. As we move into practice, we see there are some cultural adaptions that need to happen … How does culture impact getting and staying into treatment? We’ve got to tailor some of this.”

Gray said a pivot toward practice-focused evidence would weigh the experiences of people whose forebears were enslaved, colonized and conquered and whose descendants often still suffer the residual effects of that experience. Mental health care informed by that history strengthens the effectiveness of trauma-focused care in communities where the nationwide shortage of social workers, psychologists and psychiatrists has been especially severe.

She noted that accepting the whole notion of trauma-focused care gained legitimacy as the trauma of Holocaust survivors and how it affected their descendants became integral to improving mental health in that group. Communities of color and poor communities with residents of every racial background are similarly vulnerable, she said.