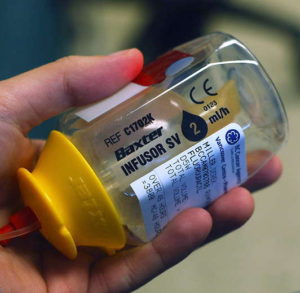 But in reality, Medicare and its associated additional plans can be incredibly complex to navigate. This is one of many lessons that Kate Yandell has learned since 2018, when she began reporting on Medicare beneficiaries’ financial challenges after a cancer diagnosis.

In a new AHCJ How I Did It, Yandell, an editor at Cancer Today, explained that she set out to write a short article for the publication’s website. Medicare, MA and supplement plans do not lend themselves to brevity. Therefore, months later, Yandell wrote a well-researched feature story of more than 2,500 words, Learning Medicare’s ABCDs.

“I thought I would write a brief article for our website based on a patient interview and explain the financial potholes one could run into as a Medicare beneficiary. Easy, right?” she said.

What Yandell learned is similar to what many other health care reporters have found: Writing about the out-of-pocket (OOP) costs that Medicare beneficiaries face is a significant challenge.

For example, she cites research published in JAMA Oncology in 2017 on what Medicare beneficiaries pay out of pocket for care. In that article, “Out-of-Pocket Spending and Financial Burden Among Medicare Beneficiaries With Cancer,” Amol K. Narang, M.D., and Lauren Hersch Nicholas, Ph.D., MPP, reported that Medicare beneficiaries with a new cancer diagnosis were vulnerable to high costs that they would need to pay out of pocket depending on their supplemental insurance.

This point is significant for health care journalists: While Medicare Parts A and B cover 80% of hospital and physician costs, that other 20% comes with high and rising out-of-pocket costs, which we covered in this blog in March. OOP costs include copayments, coinsurance and deductibles.

For patients without supplement coverage, these numbers are staggering. Few elderly patients’ households would be able to absorb health care costs totaling almost 25% of income and fewer still would be able to cover costs exceeding 60% of income. After all, most of those patients are on fixed incomes, meaning many would quickly use up their life savings.

In other words, a cancer diagnosis would not only be potentially fatal, but it could lead to financial ruin as well. Hence the term “financial toxicity.”

As we have reported, Medicare Advantage plans spend a lot of money on advertisements promoting the benefits of what they call “zero-dollar” premium plans. While it’s true that the premiums for these plans are free, health insurers can charge as much as $7,550 for in-network care and $11,300 for in-network and out-of-network care this year, according to a report in January from the Kaiser Family Foundation, “A Dozen Facts About Medicare Advantage in 2020.”

In addition to the out-of-pocket costs that Medicare beneficiaries would pay for an MA and supplement plan, beneficiaries also are likely to pay out of pocket when they pick up their medications under Medicare Part D, the prescription drug program.

As Yandell explained in her Cancer Today article, the high cost of OOP payments can lead some patients on Medicare to forgo treatments.