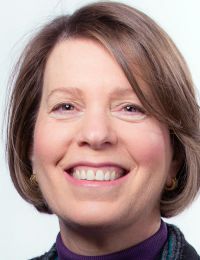 Barbara Mantel, an independent, award-winning journalist based in New York, will lead AHCJ’s efforts to expand its resources and services for freelance journalists.

As AHCJ’s freelance community correspondent, Mantel will be writing about issues of concern to independent journalists, such as finding assignments, running a business, ethical guidelines, negotiating contracts and much more.

She will work with our freelance members to build out the existing Freelance Center at healthjournalism.org. That will include updated and new market guides, tip sheets and “How I Did It” stories from other freelancers. The effort is being supported through a grant from the Gordon and Betty Moore Foundation.

She plans to use her experience – as a freelancer, a public radio senior editor and producer and an adjunct professor at Columbia University Graduate School of Journalism – to bring more resources and guidance to AHCJ freelance members.

To make suggestions to expand the freelance resources, please contact Mantel at freelance@healthjournalism.org.