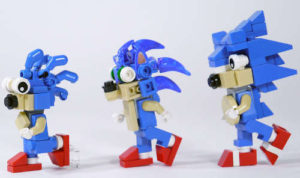 So much of the past 15 months has been nonstop reporting about COVID-19 for many health reporters. So once in a while, it’s nice to come across something … different. Very different.

Thanks to a recent thread by Gideon Meyerowitz-Katz, an epidemiologist based in Sydney, Australia (part of an excellent take-down of yet more pseudoscience from Naomi Wolf), I learned about a journal I was previously unaware of. Medical Hypotheses exists to “give novel, radical new ideas and speculations in medicine open-minded consideration, opening the field to radical hypotheses which would be rejected by most conventional journals.”

[Editor’s note: More details about the study mentioned in this thread, including its retraction, can be found here and here. The journal has a controversial past. For details, see this, this and this. We have made some edits of this posting based on these controversies.]

Meyerowitz-Katz gives the journal credit for the transparency of their mission, noting that “they do also put out lots of less fringe hypotheses, they appear to take seriously the idea of giving everyone’s ideas a forum for discussion.” Regardless, based only on the examples he shared from the journal, I imagined myself heading down a rabbit hole of craziness if I began following this journal. (The one about solar cycles and mental illness severity reminded me of the origin of the term “lunatic” from a time when it was believed mental illness was linked to the phases of the moon.)

Imagine an entire journal devoted to any idea, however outlandish, that someone wants to propose. On the one hand, this sounds like a waste of time. On the other, I wondered if it might be a playground of story ideas or leads to ideas that later take hold within disinformation campaigns. Undoubtedly, many of the papers will have legitimate and legitimately interesting proposals — perhaps there are some profile ideas among them.

To get an idea for myself, I skimmed through some of the studies on PubMed, finally limiting it to results before 2020 when I became tired of the studies involving SARS-CoV-2. Below are a handful that grabbed my attention, the kind of studies I might read for the sole reason of seeing whether it triggered an interesting story idea.

Keep your skeptic hat on and remember that these are hypotheses only, but sometimes it helps to look at something totally different to get some ideas for undercovered stories.

Here are a few that caught my eye based on the title alone, whether because they sound odd, look like they could be the germ of something that pseudoscience folks run with, or genuinely appear like they could offer a feature idea: