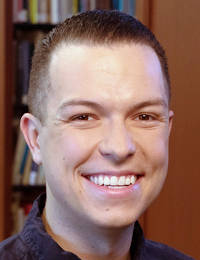 Alarm over the impact of COVID-19 misinformation has been growing, especially with increasing efforts by right-wing groups to spread misinformation about COVID-19 vaccines.

The effort to end the pandemic through vaccination could stall if too many people refuse to take the vaccine because they don’t have the correct facts to make a decision. It can be a daily battle by journalists to correct false statements on social media — especially for those on the fact-checking beat.

“It is hard to stay on top of everything,” Daniel Funke, staff writer at PolitiFact, a non-partisan fact-checking website, said during a recent How I Did It interview for AHCJ. “We don’t have a great way to quantify misinformation and where it is coming from because we’d have to fact check everything on the internet.”

PolitiFact is one of about 60 fact-checking organizations that FaceBook, the largest social media platform in the world, works with to flag posts with false information in them. Every day Funke looks at a dashboard created with FaceBook’s support to monitor potentially false claims that have been on the platform in the past 24 hours. He also monitors other social media sites, such as CrowdTangle and Twitter, to see what other false information may be trending.

If it looks like the false information is spreading rapidly to many people, Funke says the best way for journalists to counter it is by providing context.

“It isn’t enough to debunk the claim,” Funke said. “You also have to explain where it came from and why that person who said it might have an ulterior motive. It’s the journalism saying: ‘Show. Don’t tell.’”

For example, last summer, the conspiracy group QAnon spread false stories about child sex trafficking by hijacking the name of a legitimate humanitarian organization called “Save the Children.” QAnon members used the hashtag #savethechildren, which people mistakenly thought was generated by the legitimate organization. They sparked protests around the country from people who thought they truly were supporting efforts to stop child sex trafficking.

“To a casual person on social media, they might think that this (save the children) is a worthy cause,” Funke said. “So explaining where this came from, and explaining how this conspiracy lives on social media and inspired rallies and protests around the country, is an example of how we tried to provide context … Make sure the reader has a full picture. Avoid putting things in an overly objective context. (i.e., in reporting ‘this person said x and this person said y and you decide the truth’).”

To read more of the interview with Funke and his advice on how journalists can respond to false information, click here.