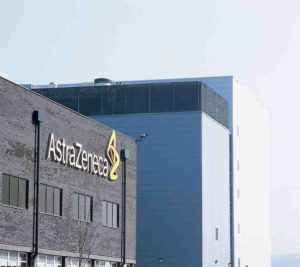 The trial’s Data and Safety Monitoring Board (DSMB) — a group of independent experts who monitor the safety and efficacy of a drug or intervention during a trial — sent a memo to the company and government health officials, including the National Institutes of Health (NIH), contesting the company’s portrayal of its vaccine’s efficacy.

The March 22 press release reported “79% vaccine efficacy at preventing symptomatic COVID-19,” but the DSMB pointed out that this figure was based on outdated data. When the most recent data from the trial is factored in, the efficacy falls somewhere between 69% and 75%. The latter percentage is still good efficacy, and a variety of public health experts, including Anthony Fauci, have said the AstraZeneca vaccine is likely very good. But the company’s repeated communication snafus run the risk of eroding trust in not only the company and its vaccine but potentially other COVID-19 vaccines as well, some experts fear.

The AstraZeneca vaccine, developed with Oxford University, is already approved in the U.K. and several dozen other countries. Its most significant benefit is its low cost, making it more accessible to low- and middle-income countries. But from early in its development, the vaccine has faced scrutiny for missteps or uncertainties in its protocol and results. If the FDA ultimately authorizes the vaccine — as many public health experts expect it will — journalists will need to explain much of this background to a potentially confused and wary public.

Briefly, here is a timeline of the highlights, with links to help journalists gain the background they need for writing explainers and providing context in articles:

Check out these excellent articles for an overview of the company’s troubles: